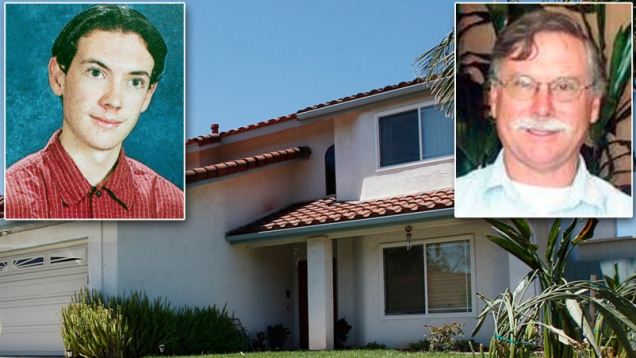 James Holmes is being evicted. Explosives and murders violated lease.

James Holmes trial. Lawyers say he is mentally ill. Will he avoid the death penalty?

James Holmes said to have sent notebook to psychiatrist with plans before massacre. It sat unopened.

It’s believed James Holmes acquired a large cache of arsenal after failing a key university exam leaving experts to now believe that he may have snapped under the pressure of failing to meet the expectations of his brilliant academic father, Robert Holmes.

So distraught was Holmes about failing the key test he dropped out of his Phd program a mere three days later having by that stage made up his mind to commit to his dastardly plan to stage a mass shooting.

Unable to match his father’s high expectations of him, who holds multiple degrees from Stanford, UCLA and Berkeley and currently works as a senior scientist at FICO in San Diego, psychologists are now theorizing that the failure may have have induced a dormant type of schizophrenia to take root.

‘All of those things could actually make dormant schizophrenia come out, and come out relatively quickly.’

The failure to meet his families expectations of him can perhaps also be linked to the life and neighborhood in which James Holmes grew up in:

dailymail.co.uk: The street is filled with well-kept, two-story houses and most of the children who play sports on the street are those who grow up expecting to be sent to college.

It is a close-knit community where everyone knows each other. Neighbors have said they are ‘floored’ by the accusations against Holmes, who they describe as a quiet ‘brainiac’ from a church-going family.

In context to the background that James Holmes came from perhaps it was inevitable that he chose the course of actions that he did as a kind of self repudiation of his own sense of inability to approximate what was expected of him and perhaps on what some level was denied of him, the permission to not be the brilliant son of a brilliant academic but the equally intelligent son of a talented man who nevertheless possessed degrees of quirkiness, self fixations and aggravated dispositions which when left unchecked and un attended to would eventually lead to a vicious implosion of self…

James Holmes said to have had dalliances with prostitutes. ‘He was really nice….’

James Holmes rejected from gun club cause his answering machine was too freaky.

James Holmes aka the Joker thinks he is in a movie. Spitting at prison guards.