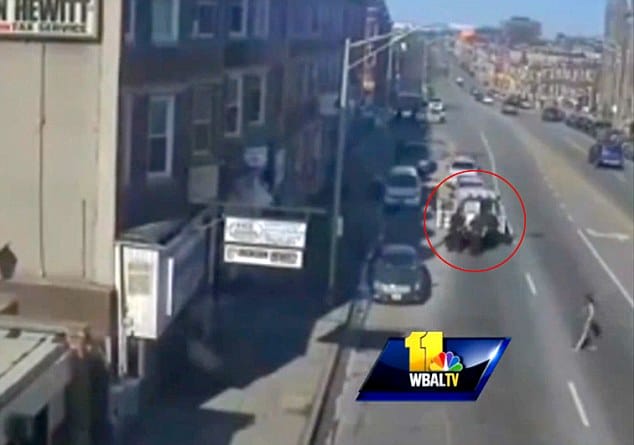 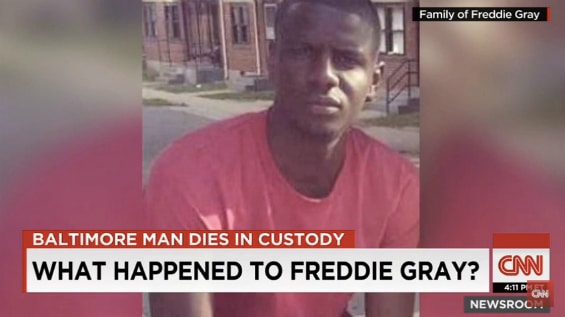 A medical report has corroborated a submitted police report to the state prosecutor claiming that Freddie Gray broke his neck after falling head first in the back of a police van against a bolt along the back door. The fatal injury tell cops came after a secret stop prior to arriving at bookings.

According to a report via ABC7 pathologists determined that Freddie Gray’s injuries were consistent with hitting a bolt in the back door of the police van.

The medical report would further tell that there was no evidence that Gray had sustained a fatal spinal injury during his arrest, since caught on video tape.

A source tells that at the time of Gray’s journey to bookings, the man was standing in the van, bent over with his hand cuffed behind his back and his head pointing toward the back door.

Why cops chose to transport Gray in a manner which could hypothetically subject their prisoner to jolts along the road has not be disclosed. Nevertheless a report via the nytimes notes the disturbing tradition of what is known as bumpy rides where transported felons are left at the mercy of haphazard roads.

Upon falling against the police van door Gray is said to have broken his neck. How or when Gray came to fall is not necessarily understood.

That said what has some unsettled is the disclosure that the van carrying Gray had made a previously unreported stop. 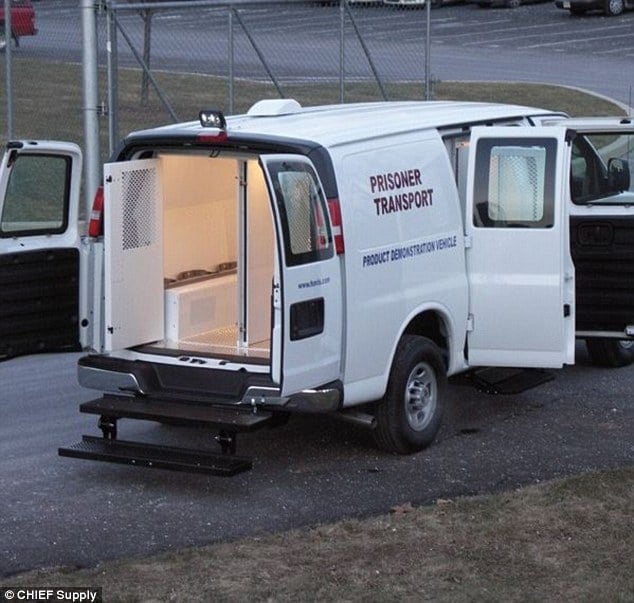 According to a privately owned security camera, the van is recorded having stopped at the corner of North Fremont Ave and Mosher Street before it made another two stops then finally transported Gray to the hospital.

Of question is if whether authorities were aware of Gray’s injuries at the time when they chose to make those additional stops and if so why they had declined to take the prisoner immediately to hospital? A decision which most likely thwarted medics ability to treat Gray in a time sensitive manner.

According to ABC, the officer driving the van has yet to deliver a statement to the investigators.

Also of disconcert is why Freddie Gray who was video taped screaming in agony upon his arrest with what appeared a limp leg(s) would be placed in the police van standing or without a seat belt?

Since Gray’s death, Baltimore Police Department has issued a new policy which makes it obligatory to belt all inmates placed in the back of a transport van.

The new report since turned over to the state prosecutor a day early conflicts with that of a police document leaked to the Washington Post (presumably by Baltimore police) on Wednesday in which another prisoner in the police van ‘observed Gray slamming himself’ against the wall.

Although acknowledging a metal partition existed between him and Freddie Gray, the prisoner speculated that Gray was trying to hurt himself. Assertions that Gray’s family has strongly denied.