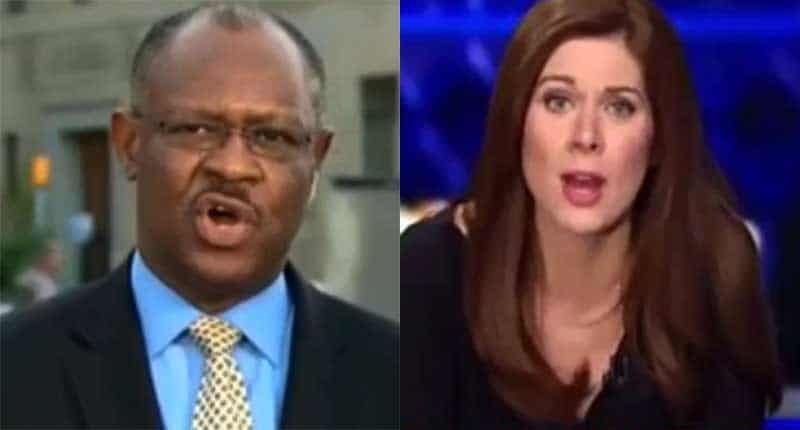 Whilst the established media has sought to characterize the rioting in Baltimore as an instance of outright thuggery and not perhaps a reaction to years of oppressive forces, one guest, Baltimore official Carl Stokes, an African American suggested that CNN’s Erin Burnett drop the facade and just call the rioters, niggers.

Leading into the moment, the Baltimore Council city member clashed with CNN’s media puppet and whippet dog, Erin Burnett who began regaling the involved youths, suggesting that they be described for what they really are: ‘thugs.’

Responded Stokes: ‘No, it’s not the right word to call our children ‘thugs,”

‘These are children who have been set aside, marginalized, who have not been engaged by us.’

Counters Burnett: ‘But how does that justify what they did?’

‘That’s a sense of right and wrong. They know it’s wrong to steal and burn down a CVS and an old persons’ home. I mean, come on.’

‘No, we don’t have to call them by names such as that. We don’t have to do that. That is exactly what we’ve sent them to. When you say, ‘Come on,’ come on what? You wouldn’t call your child a thug if they should do something that would not be what you expect them to do.’

‘I respect your point of view,‘ Burnett replied. ‘I would hope that I would call my son a thug if he ever did such a thing.’

Kids my gills are frothing at this very moment. But let’s sweep aside the CNN host’s fake bravado and complete lack of understanding of what’s at stake. Or rather deflection of.

The ‘nigger’ comments on the CNN segment come after criticism of Baltimore mayor, Stephanie Rawlings-Blake who to date has blamed the unrest in the city on “thugs” while ignoring police violence that contributed to escalating tensions between law enforcement and residents leading up to the death of Freddie Gray in police custody.

On Tuesday, Burnett attempted to get Rep. Kweisi Mfume (D-MD) to weigh in on the topic, only for Mfume to describe it for what it really is, a ‘derailing.’

Told Mfume: ‘It’s important that we not shift the focus into something that has absolutely nothing to do with poverty, despair, hunger, homelessness and the sense of not belonging.’

The exchange between Burnett and Stokes came hours after her colleague, Wolf Blitzer, was called out by activist DeRay McKesson for also downplaying the use of lethal force by authorities.

NJ man, 52, hospitalized with COVID-19 despite being fully vaccinated