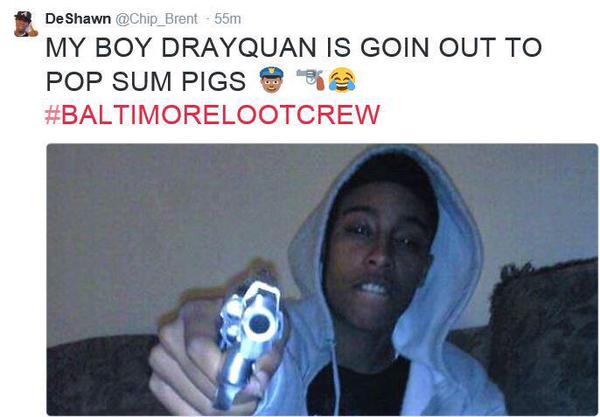 Whilst most of us are trying to make sense of the discord of the Baltimore riots and how it all came to be an ugly segment of the population has instead decided to use the discord as an opportunity to engender their racist supremacist bile.

Explains motherboard: Twitter trolls are fueling the fire by posing as looters and posting images of ostensibly stolen goods with the hashtag #BaltimoreLootCrew.

Tweeted one troll with an accompanying image of a drawer full of pharmaceuticals: ‘Don’t even know what I took #BaltimoreLootCrew #BaltimoreRiots.’

Sadly social media users have been taking the bait and allowing themselves to be conned with one user tweeting: ‘Those are life saving medications,’

Whilst another user wrote: ‘Please turn them in,’

According to a report via gawker, the trolling appear to be the work of anonymous online message board 8chan-affiliated white supremacists, ‘bubbling over the sort of message board fecal matter that would’ve been confined to /b/ in the era before social media.’

Motherboard goes further to say that the fake accounts populating on twitter reference a site by the name of Ayy Team, a racist message board mirroring that of 8chan as well as Gamergate who have in the past shown up in other gamuts, including the Hurricane Sandy flooding, under the hashtag #SandyLootCrew.

Web outlet medium has since taken to documenting social media users being duped by the fake posts and who have gone as far as contacting authorities. Which leads one to wonder for every social media user who even bothers to respond in disgust to the posted images how many users are there who just swallow the misinformation and go away believing that Baltimore looters are just thugs getting one over the system? 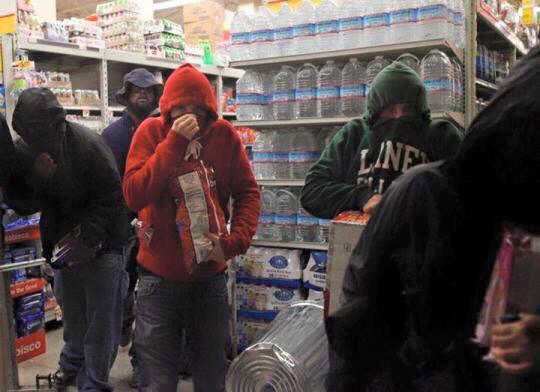 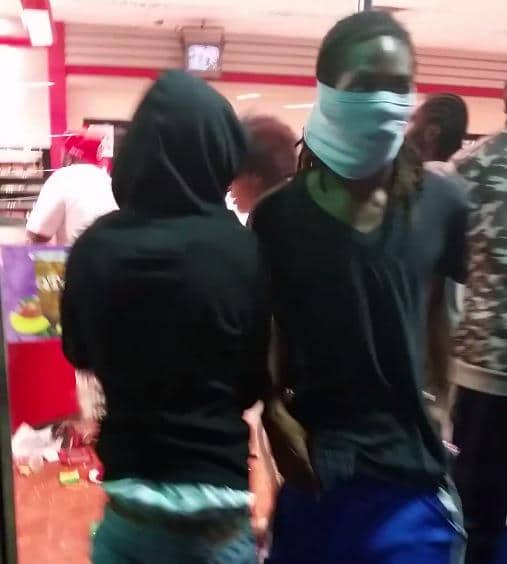