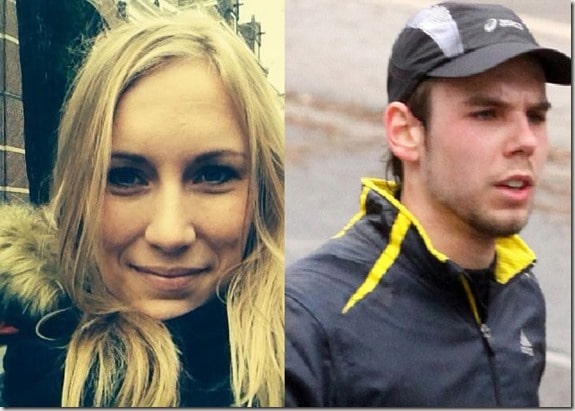 Andreas Lubitz‘s fiance, Kathrin Goldback has fled the small German town of Montabaur she grew up with the Germanwings co pilot, fearing that she will forever face the hatred of the world.

Angst ridden that her and her family will forever face the wrath of the community and the world’s indignation after her boyfriend purposefully crashed a Germanwings plane into the French alps, the 26 year old math teacher has told she has had no choice but to forever leave the close knit community which has since shunned them, vowing to never return.

Told a friend of the family via Germany’s Bild magazine: ‘The girlfriend of the co-pilot has nothing to do with what happened.

‘But the hatred of the world is coming down upon her, and you know this place is so small, it is very hard for them to come back here.

‘They would have to look to find somewhere to stay around here if they wanted to get away. It is just not possible for them to keep a low profile so they are not coming back.

‘It is so much easier if you live in Dusseldorf or somewhere like that.

‘But for the parents to come back here, it was almost impossible for them, it is just too small a town.’

In the wake of the tragedy, the math teacher who is now pregnant with Lubitz’s unborn child who has sought comfort from a priest told investigators that her long-term boyfriend Lubtiz had whisked her away on holiday just days before his death.

Family members were also said to have joined the couple – who first met while working in a local Burger King as teenagers – on the final holiday.

Kathrin left her teaching job in Montabaur after her on and off boyfriend qualified as a pilot in 2013 and the pair moved to a flat in Dusseldorf. She got a job in a secondary school in a town called Krefeld just outside of the city.

The teacher also confirmed that in the weeks before the crash her estranged fiance had bought ‘his and her’ luxury Audi’s for himself and her.

At the time she would decline to take passage of the automobile after it was revealed the co pilot was embroiled in an affair with a Germanwings flight attendant, Maria W.

Offered a source: ‘His girlfriend was very nervous in the interview. She had a female minister with her to try to keep her calm but she was wringing her hands and was very tense.

‘She knew he was ill but had no idea he was in this state of mind. He showed no signs of suicidal thoughts.’