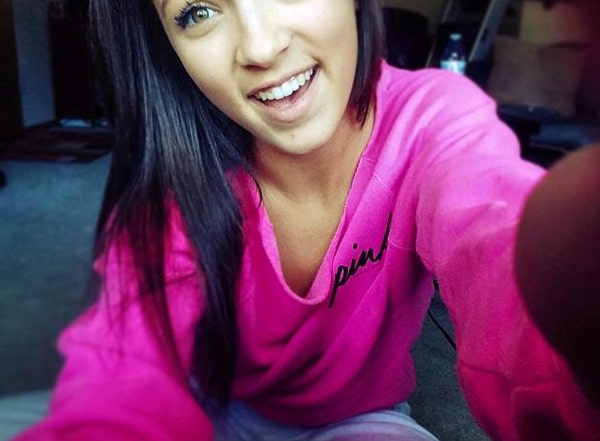 Gia Soriano at age 14 last night died after mortally succumbing to grievous injuries sustained at the hands of gunman Jaylen Fryberg who this past Friday lashed out at his closest friends with a concealed pistol at at Marysville-Pilchuck High School‘s school cafeteria.

Officials at Providence Regional Medical Center at Everett would disclose that Gia Soriano was taken off life support at 9.30pm PST, becoming the second fatality at the hands of Fryberg who along with other victims, Shaylee Chuckulnaskit and Andrew Fryberg remain in critical condition whilst a third, Nate Hatch is said to be showing signs of improving despite still not being able to speak.

Told Gia Soriano’s family in a statement: ‘We are devastated by this senseless tragedy. Gia is our beautiful daughter and words cannot express how much we’ll miss her.

‘We’ve made the decision to donate Gia’s organs so that others may benefit.

‘Our daughter was loving, kind and this gift honors her life.

‘Thank you to Providence for their excellent care – bar none – from beginning to end.

‘Thank you to our friends and family who have supported us. Thank you to Drs. Bill Finley, Sanford Wright and Anita Tsen for their tremendous support and compassion. And thank you, to Bill and Ben with LifeCenter.

‘We ask that you please respect our privacy and give us the space and time we need to grieve and spend time together as a family in memory of Gia.’

A report by the UK’s dailymail would tell that the hospital branded Gia Soriano’s death a ‘senseless tragedy‘ and invited the community to join a minute’s silence at 10.39am on Monday – exactly 72 hours after the attack.

The death of Gia Soriano now brings a total of three deaths to the tragedy, including that of shooter Jaylen Fryberg, and other confirmed victim, Zoe Galasso, whom one of the other victim’s, Jaylen’s cousin, Andrew Fryberg had been dating and had been the subject of a love triangle.

Also in critical condition and similarly fighting for her life is Shaylee Chuckulnaskit who like Andrew Fryberg is being treated for severe head wounds.

A third victim, Nate Hatch who came to be shot in the chest and jaw is said to be improving but still unable to speak.

That said, friends and family were encouraged when the 14 year old youth was able to post a Facebook update from his bed at Harborview Medical Center saying: ‘Greatful [sic] to be alive’.

The child’s grandfather would also tell local outlet King5 that his grandson was writing notes to his family, including one that read: ‘Grandpa, I still have a bullet in my chest’.

Continuing investigations have since led to the notion that Jaylen Fryberg had taken exception to his cousin Andrew Fryberg dating  Zoe Galasso whom the boy had developed a deep crush for but whose romantic overtures had been rebuffed.

At the time Galasso had chosen to recently attend a homecoming dance not with the homecoming prince and football/wrestling star but with his cousin Andrew Fryberg instead.

This in turn led to the cousins once close as brothers having a fallout, with the football star increasingly losing his cool when he took to posting on twitter a series of ominous tweets, including this one the night before the shooting: It won’t last…. It’ll never last….

That tweet followed previous postings in recent weeks which would highlight the youth’s growing resentment and affront to his sense of masculinity and virility when he posted: ‘Dude. She tells me everything. And now I f***ing HATE you! Your no longer my ‘Brother’!’

In the interim fundraising pages have been set up for both deceased victims, Zoe Galasso and Gia Soriano.