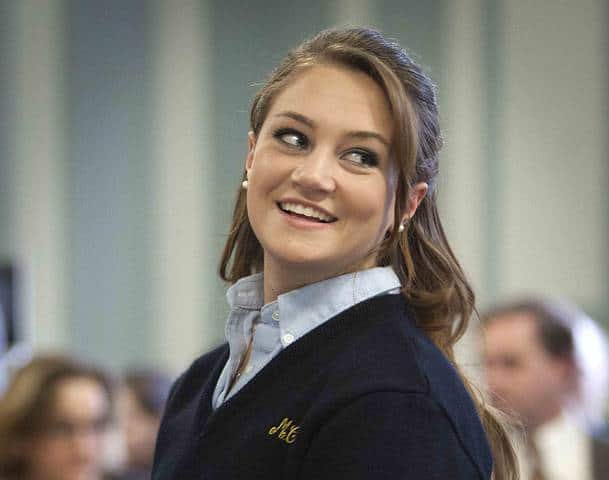 It seems there is little that can tie Rachel Canning down as the 18 year old took to Facebook recently to brag about her landing a scholarship deal that will put her firmly in the black.

On Sunday, Rachel Canning announced that she would be attending Western New England University, a private university in Springfield, Massachusetts.

Yet here’s where things become weird. While her scholarship has awarded her a whopping $56 000 her tuition is only $32 000 and when taken into context of the estimated total cost of attendance is nearly $10,000 less than her award.

According to the school’s website, engineering students can expect to pay $47,560 a year to attend the school, an estimate that includes tuition, a student activities fee, services fee, and room and board.

Canning made news last month after moving out of her family home yet demanding that her family pay for her first choice school, the University of Vermont, where she had a $20,000 scholarship offer. At the time her parents refused and the teen who by now was residing in the house of high powered NJ lawyer , John Inglesino decided to take her parents to trial to force them to pay up.

With presiding Judge Peter Bogaard cautioning the young woman from going on with her plan and aggressively hinting that she had next to zero chances of getting one over her parents, Rachel Canning recanted and moved back with her parents.

Which is to say there’s a happy ending for everybody. Her parents don’t have to pay jack shit, Rachel Canning doesn’t have to no longer live under the roof of her parents and necessarily abide by their house rules (no more throwing up in garbage bins on vodka binges Rachel dear) and become the ultimate spoiled self entitled bixch that she planned on being all the time. Hooray!