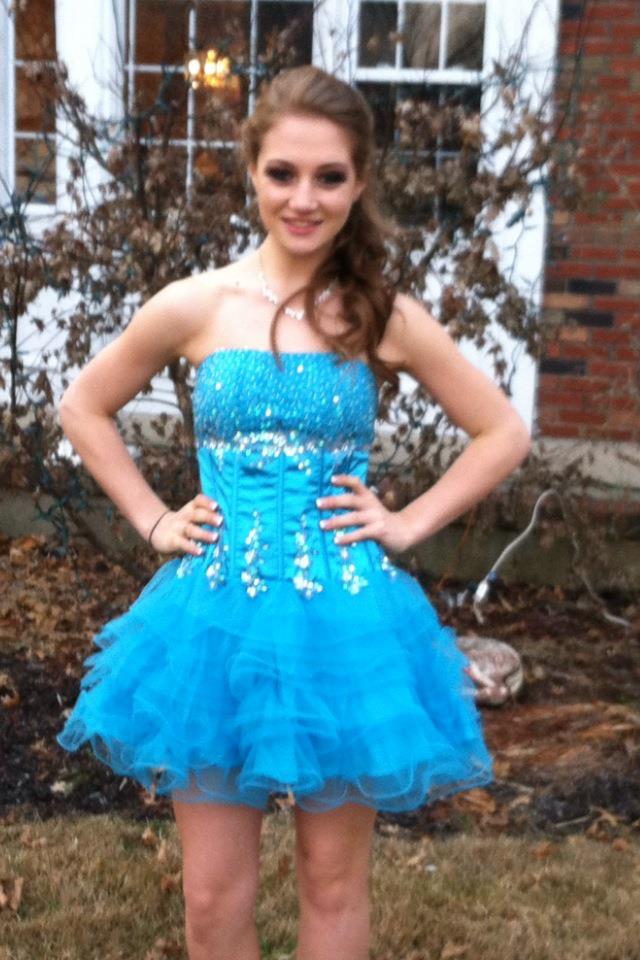 Judge Peter Bogaard yesterday ruled to offer Rachen Canning financial support would be akin to holding future parents at the mercy and whims of their children. He also told that he had never seen such degree of disrespect shown by a child to their parents as he had in the case of Rachel Canning.

Reflected Bogaard: ‘Do we want to establish a precedent where parents live in basic fear of establishing rules of the house?

The case came to be after eighteen year old Rachel Canning, a senior at Morris Catholic High School, went to court to force her parents, Sean and Elizabeth Canning, to pay her child support, her private school tuition, medical and related bills, college expenses and legal fees. Canning is an honor student and athlete, but her parents have stopped paying her bills because, they say, she would not obey their rules.

Instead Judge Peter Bogaard refused to issue the girl’s request for  more than $600 a week in immediate financial aid.

Judge Bogaard told no emergency existed because Morris Catholic have told that Canning may continue attending the school despite her tuition not being paid, and because the final deadline of May 1 has not yet arrived for college applications. Morris Catholic’s annual tuition is $12,700; Rachel owes $5,306, court papers say.

Allowing the emergency order ‘would represent essentially a new law or a new way of interpreting an existing law,’ Bogaard said. ‘A kid could move out and then sue for an XBox, an iPhone or a 60-inch television.’

Upon yesterday’s decision, Judge Peter Bogaard scheduled another hearing for April 22. The case may be headed for trial on the key issue of whether Rachel Canning was ’emancipated’ from her parents when she defied their order to stop seeing her boyfriend and instead moved out of their house on Oct. 30, two days before she turned 18.

Rachel Canning said in court papers that she has been living for the past four months at the home of her best friend, the daughter of Morris County attorney and former Freeholder John Inglesino, who has advanced her legal fees.

Her parents countered that she voluntarily left home because she didn’t want to abide by house rules, such as being respectful, keeping a curfew, doing a few chores and ending a relationship with a boyfriend they said was a bad influence.

One of those disrespectful rants includes the contents of a voicemail Rachel Canning had left her mother which was read in court.

Told the judge: ‘I wanna s*** all over your face’, he said: ‘Have you ever in your experience seen such gross disrespect for a parent? I don’t see it in my house.’

The judge, went on to add that Rachel Canning had given her mom and dad, Sean: ‘The proverbial f you.’

Much of yesterday’s hearing focused on the behavior of Rachel, her parents and her boyfriend, with frequent disagreement over facts. With the courtroom left in shock when Rachel Canning told she had been forced to often get drunk at the hands of her father who would then make gestures to kiss her. An assertion that he violently denied.

The daughter also told that she had become an emotional wreck at the hands of her parents as well as bulimic and had to endure rants criticizing her weight. Assertions that were also openly met with derision and disbelief from Rachel Canning’s parents who sat on the other end of the court room, each party barely glancing at each other.

During processions, Judge Peter Bogaard cited certifications submitted by the Sean and Elizabeth Canning about their daughter’s alleged history of staying out and drinking during the week as well as being suspended from school twice for underage drinking.

The judge would frequently find fault with Rachel Canning’s attitude and behavior, admonishing her, telling the court, ‘what type of parents would the Cannings be if they did not discipline her,’ reiterating ‘the Cannings had the right to set up rules.’

During proceeding, Rachel Canning’s lawyer, Tanya Helfand told that her client remained  ‘unemancipated,’ or dependent on her parents, because she needs their support to complete her education at Morris Catholic and to pay for her college education.’

‘Normal, healthy people want to help their children,’ Helfand said. ‘The Cannings simply don’t want to pay. They want to strip their daughter of her opportunities.’

She said the Cannings treated their daughter in an ‘abnormal’ way that made it ‘untenable’ for her to stay in the house. For instance, Helfand said, Sean Canning would not allow Rachel to have a boyfriend while a senior in high school.Rachel Canning also claims her parents are abusive, contributed to an eating disorder.

The parents’ attorney, Laurie Rush-Masuret, countered that Rachel could easily have stayed at the house, which she said had “a loving, nurturing environment.

‘She voluntarily decided to leave because she didn’t like the rules they were imposing,’Rush-Masuret said, and that makes her ’emancipated.’

The parents have no obligation to pay child support or their daughter’ private school tuition, Rush-Masuret argued, adding that they don’t want to pay her college tuition because they weren’t consulted about the applications.

Despite the apparently wide gap between Rachel and her parents, Bogaard held out hope for a possible reconciliation.

He read a letter Rachel sent to her parents in October, the month that she left the house.

‘Hey guys, I want to apologize for my actions,’ Rachel said. ‘I really need to realize there are consequences for the things that I do. I am trying to change. I do miss you guys. I am trying to turn over a new leaf.’

Then, the judge said, ‘This family is well worth the effort to salvage. It does appear more energy has been utilized to tear up this family than to figure out how it can be brought back together.’

Time will tell if the parties will be able to come to a resolution as the media and social media continue to debate the merits of the case and wonder out aloud; ‘who is this brat Rachel Canning?’

And then there were these reflections on the web:

This girl is a real nut case. Parents are not supposed to pay for the kids college education. If they want to fine but are not obligated to. She left home she is 18 and should be on her own anyway. This girl is headed for a bunch of trouble in her life. Thank God there is at least one judge left who has the guts to take a stand.

She will end up one of two ways, either a gold digger or welfare queen.

I guess the girl is relying on laws that govern when non-custodial patents get to stop paying child support, which is typically when the kid graduates from college, gets married, etc, in other words, is no longer dependent. Those laws weren’t developed with this situation in mind. What a spoiled brat, but as they say, you reap what you sow.

a few things jump out at me immediately…. 1) who is this John Inglesino to butt into this family’s affairs. 2) No law on the books that state one has to provide college…your 18 years old “Grow up”.
3) the girl needs a dose of reality…as stated below she will find out tough life is, even tougher when you feel entitled and stupid.
4) she was told by her mom give up the boyfriend or be cut off…pretty cut and dry to me.

Finally Sean Canning should have sent this little snot to either VMI or The Citidel that would break the b!tches spirit and she would have begged and pleaded to come home. Nice to see the courts are at least still behind the parents.