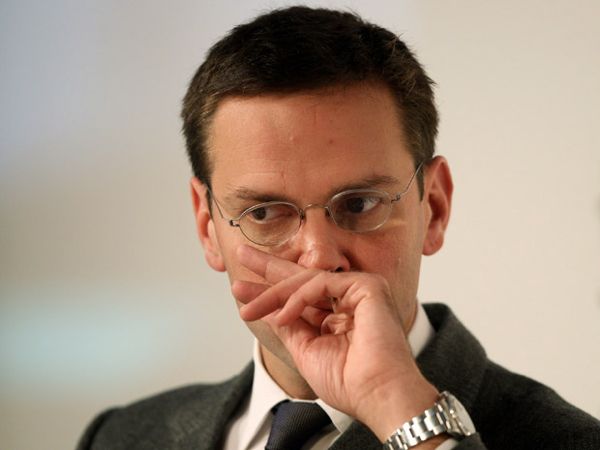 Said in part in his desire to distance himself from the negative fallout of his father’s purported unsavory business practices, Jamie Murdoch yesterday announced that he is to step down from his role of director at the companies that publish Rupert Murdoch’s (his father) the Sun and the Times of London.

In the interim Jamie Murdoch still remains chairman of News International (the jewel in the crown), the British arm of his father’s News Corp. But this may all be irrelevant as the British operations regularly lose money where as the US operations are said to be where all the money is being made, which technically is where Jamie is stationed but seems to have chosen of late to spend little time.

To be sure it is also now being revealed that Jamie Murdoch left his role as head of the UK arm of the Sun and the Times of London in September, with the information only becoming public knowledge yesterday. Which forces the question, what has really changed in the line up and is this Jamie Murdoch trying to outfox naysayers by leaving these posts when in essence he still retains control of what really drives the turbine. Could we in a way wonder if this is a kind of a reverse resignation, where instead of being catapulted to the basement Jamie Murdoch has only further cemented the roles that he ultimately relishes- chairman of NewsCorp outright?

So what may sound like a demotion in essence accords Jamie Murdoch a promotion. Then again from a family that specializes in spin and finagling the most gory details of some of the faux paus of the most powerful people in society why should we be surprised that this time the spin comes within the top ranks of their department? After all with the decent of what passes for ethical journalism, copy and paste pr tip sheets for manufactured consumption have become the norm.

This is James Murdoch, not Rupert Murdoch. James, like all his other siblings that have had brief roles with their father’s media empire, is always about two weeks away from being kicked out with nothing to his name. Also, Rupert Murdoch doesn’t own that much of News Corp, he controls it because a lot of the shares don’t confer voting rights, and because other shareholders support his and his family’s competence. But the Murdochs will be removed by those shareholders if they think they do more harm than good.

Which forces the question are the Murdochs guarding against any coup from shareholders? With Rupert Murdoch controlling the strings for now one has to wonder who will actually get to pick up his share of Newscorp once the King is deceased. Or will his shares be diluted amongst James Murdoch’s other siblings thus creating a bitter internal fued and power play?

Or perhaps this could serve to be the Murdoch’s act of contrition to stem the public’s disgust that to date the higher echelons of Newscorp have been spared bearing any personal responsibility of the wire tapping fracas as a whole? Or as another reddit commentator wonders out aloud: He seems a very clever guy who seemed to want to make himself seem less of a threat / intelligent.

Or could we dare wonder he sees us the public less of a threat and not very intelligent, or was that how he viewed the public until NewsCorp unwittingly tripped over itself recently?

As for what passes for daily tabloid fodder in the UK one ought not fear that the usual daily dosage of smut and irrelevant and contrived commentary will change too much. This after all is still Murdoch land and there is sure to be many lap puppies who will gladly replace the puppet role that James Murdoch has decided he no longer has the stomach for. Or at the very least the illusion of…

Media Wars: Scumbag vs Scumbag: Will Gawker annihilate FOX or will FOX have the last laugh?

THE BULLY TACTICS OF THE TABLOID WORLD GONE TO HELL IN A HANDBASKET.

TABLOID SLEAZE AND THE PLAYERS THAT MAKE IT!

Rupert Murdoch assaulted: what goes round finally comes round.

News of the World whistleblower found dead; treated as not suspicious