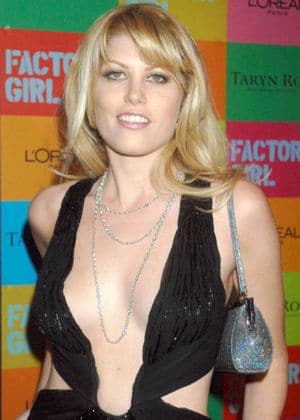 Kids, my ears are still ringing like battle scarred dustbins left in the path of a super sonic Boeing jet pursuant to the incredulous news that Bravo somehow licked a few crumpled dollars together to get off the ground the newest show and pony parade set to hit the Manhattan scene: “Most Eligible Socialite Whores…”

According to GoG, who seem to have it made a specialty catering to rich boys and girls desirous of having their picture taken at any cost (hmm, now that’s a business model I need to explore once my career as a gas pump boy expires- blah), Bravo is set to sign off on a variety of a who’s who of hawt bixches who’s premise is to tantalize and inspire you as they set about looking for rich suitors.

Hmm, where I have heard that story line before? Oh that’s right, just look out the window, but I’ll excuse all you hawt bixches, cause even I, if I could get my hands on some sugar momma affordable plastic surgery would be dabbling in the same career path as all you other rock stars (yes don’t hate the player, hate the game-blah@!).

OF course what makes this all so delicious is the fact we get to see our favorite society whores once again beat each other up (is there really any doubt kids?) as they look for love while you sit in the comfort of your chair watching these wenches look for love and a bucket of dollars. I’ll make that a double tequila thanks bixch…

Of course you’re probably whispering that you’re not nearly half as pathetic as this lot, but a cursory look on your facebook pages tells me in fact you really are. But that’s another article once the sun tanning oil skids off my shoulders.

At least for their troubles Bravo’s society whores stand to get paid some mullah, how much, I have yet to get Devorah Rose to disclose. Interesting, that she being one of the society whores stars of the show feigned shock and surprise when I called her yesterday to casually inquire if all in tinder land was true. But you know what, like her or hate her, and many of you do hate her, I still love her, girl will always be a hawt bixch. But as for the others, it’s time to take out a razor sharp knife and start poking around.

The Top Ten “Step and Repeat” Offenders of NYC.

Peasants need not apply- Welcome to the Snob Mob.

The pitfalls of all your social status updates….

The top 10 most beautiful women of NYC.

Should a writer just give up and become a socialite instead?

How you became a modern day celebrity.

The top 10 most likely suspects you can expect to see sitting front row at NY Fashion Week.