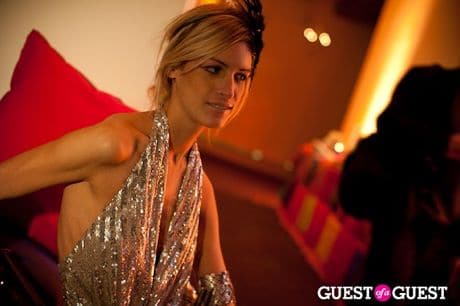 Alexa Winner: consummate socialite whore. Kids, let me say upfront I adore Alexa the way one adores an old pair of sneakers. You know they’ve got some mileage on them, but you can never really bring yourself to throw them out. And why would you want to throw Alexa out, now that the Chicago transplant who in a space of a year has managed to get half of you socialite whores to hate her guts (yes Emma I’ll keep your secret), half of us media hacks to get her inside our cover stories (yes kids, even I dared to ask late last year if Alexa was the next hawt bixch on the way up).

What makes Alexa so wonderful is her tempestuous ability to become best friends with every photographer, quasi socialite, designer, publicist, and pseudo media whore socialite whilst making the rounds of every society get together she can scrap a get me in at whatever cost invite.

During one evening last fall, my eyes nearly fell out of my sockets when Alexa somehow managed to score invites to three different uppity functions (functions that my sorry ass got to attend as well) with complete wardrobe changes for every fete she attended that evening. I know the girl graduated from Parsons, but there was no way them bixches could have taught her that gig at school.

Of course when you play close attention to some of the more notable media whores making the rounds who really needs school when you have 24/7 facebook status updates giving you free lessons on how to sleaze grace your way in. You bixches know whom you are.

ps- if you need to defriend me, I have a spare bucket by my laptop as you click that fuxk that Scallywag button and the tears make their torrid entry. Blah@! That means you too Zev…

But lest we veer off the subject, which is how fabulous Alexa is and how she’s learned all the tricks of being a socialite whore in record time (I think it took Tinsley at least 2 seasons right?) perhaps nothing can top of things than what I had to say about Alexa in my last article where she managed to make it to be undisputed winner: the top ten step and repeat offenders of NYC:

Call it stepping on other people’s toes, hogging the step and repeat pony show (please Alexa- you must respect your elders who have already paid their dues and are silently wishing you got very fat or something…) pretending to have her own reality show (yes, this too will somehow one day happen assuming one of her faux guests/producers doesn’t strangle her- email me and I will describe the details in private), and namedropping ad hoc, kissing ass non stop- Alexa is the quintessential step and repeat offender.

We can now also add in, Alexa is now the quintessential socialite whore, but at least unlike most of you, she’s going to go bank.

Kids last year in High Society they had Malik So Chic as the ghetto representative of an aspiring socialite. This year Bravo heeded and learned from CW producers and have instead gone for the real thing- a British export by the name of Dyan O’ Connor.

A cursory troll (hmm, there’s that word again kids…) along google had me finding the following: zero. Which must confirm she’s a real socialite too, right?

But fortunately I looked at what GoG had to say about this aspiring socialite whore:

She likes stripes. And color. And gloves.
She was a successful model and now owns, what looks to be a life sized cutout of herself. (2:18)
She was married to Tommy Hilfiger’s brother, Michael.
Michael and Dyan had a clothing line called Rock Punk Couture. They dressed some of the members of Duran Duran, Aerosmith, and the Rolling Stones.

So in other words nothing of merit, although I did swoon half a block when I read this hawt bixch was once married to Tommy Hilfiger’s brother. But hey, if we’re all going to be reaching for straws, why not a nobody designer who copies notable designers like Ralph Lauren (tell me you never noticed either?)

She then starts yapping about Penthouses, empty spaces, her empty mind and some fluffy pillow cases and that’s when I immediately understood why Bravo had to have this hawt bixch on board. A cursory regard of her modeling portfolio had me blushing and salivating. But you can watch Dyan’s Talent motto board and be floored yourself.  ( I only made it to 2.14 before I checked out) But I do suggest a few striped fluffy pillows while you lick your chops on this one. Hawt bixch!