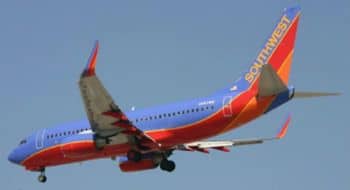 He expected a party, but all he got were gays and grannies.

An unnamed Houston pilot can be heard all over the Internet complaining about gays, overweight people, and women young and old after he left his mic on mid-flight.  Apparently talking to his co-pilot, the pilot rails against the flight attendants he seemed to have been stuck with in Chicago for six months—though little did he know he was broadcasting his outrageous diatribe over the entire Houston air traffic control frequency.

The recording begins, “”Well, I had Tucson to Indy all four weeks and, uh, Chicago crews…11 out of 12 …there’s 12 flight attendants, individual, never the same flight attendant twice.  Eleven fucking over the top fucking, ass-fucking homosexuals, and a granny.” (silence)

“Eleven. I mean, think of the odds of that. I thought I was in Chicago, which was party-land.”

Before any interruption, the pilot goes on to lament the lack of cute chicks to bang lately, how full Houston is with old dude and grannies.  An air traffic controller tries to interrupt the rant, butting in, “OK, whoever is, uh, transmitting, better watch what you’re saying.” Others chime in to affirm it’s not them, with one wondering in vain why it is pilots have a bad reputation.

The incident was first reported to the Federal Aviation Administration in late March, then forwarded to Southwest Airlines to deal with.

The pilot wasn’t fired, though.  Southwest spokesman Brandy King told KPRC Houston that “the Pilot in question has been addressed by Leadership and was suspended without pay. Prior to being reinstated, he underwent additional diversity education to reinforce the Company’s expectations for all Employees to demonstrate respect for others. The pilot has formally apologized to FAA Controllers and his base Leadership. He will continue to undergo regular diversity and inclusion education as part of his recurrent training.”

Another instance of therapy/treatment being used not only as a punitive measure, but as a means towards forgiveness.  Couldn’t they just fire the asshole?

Maybe that would be too easy.  After all, this is a private conversation made public– the kind that makes us wonder how much discrimination lives on in subtle ways in our hyper-P.C. climate.  If I was a Southwest flight attendant, I might be surprised to hear what was coming out of my pilot’s mouth, but that doesn’t mean I should listen.

To repeat one of my favorite RuPaul-ism, what other people think about us is none of our business.

(And on a side note, given the power entrusted to the airline captain these days to remove “unruly” passengers on a whim, I wonder if this pilot would have kicked out that gentleman wearing women’s underwear… After all, we didn’t hear any of his problems with “thugs.”)

Police force quadriplegic man off flight after pilot said it was unsafe for him to fly.

17 month old child is shut in overhead bin on a Virgins airline flight.

Delta Airline’s pilot forces two religious leaders off the plane before taking off.