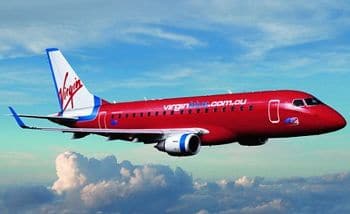 Anyone in the mood to play ‘peek a boo?’

What to say? A male flight attendant for Virgin Airlines has been fired pursuant to locking 17 month old baby- Riley Williamson mid flight in an overhead bin, on a flight between Fiji and Sydney, Australia. What went wrong, the dailymail.co.uk as usual explains…

dailymail.co.uk: Ms Williamson claims the flight attendant picked up her 17-month-old son Riley, placed him inside the locker and closed the latch – an experience that left her ‘shaken’.

‘I stood up and there were people laughing and then I said: “Get my son out of there now”,’ she told the Sunday Herald Sun.

Virgin admitted an incident did take place, but claims Ms Williamson’s now estranged husband Shayne was playing a peek-a-boo game with the child that involved the overhead locker when the flight attendant joined in.

And that’s when the flight attendant joined in? One can only imagine what was running through the attendant’s mind when he decided to place the child in the bin? Was he behaving wittingly, capriciously or just having a joke at the expense of another holiday couple that come and go by the wayside? Which reminds us when was the last time a flight attendant picked you up and hauled you in an overhead bin?

‘We conducted a thorough investigation of the incident and the staff member involved was subsequently terminated,’ a Virgin spokesan said.

‘The safety of our guests is our top priority and we do not tolerate any breaches of this,’  they added.

Ms Williamson claims Riley was shut in the locker for up to 10 seconds in complete darkness.

And how has this affected Natalie Williamson and her child Riley?

Riley, now 20 months is now suffering from anxiety and withdrawal, the mother added.

Next time you book a flight on Virgin Airlines be sure to ask for the added thrill of being picked up and locked in the overhead cabin, it’s sure to be a memorable experience…