The bad boy of fluff TV and the former arm candy of editor and socialite buff at large Peter Davis (yes Peter, you too have made the list but at the very respectable slot of number 4) Mr Calderon was for a while a perennial favorite with the media lite journals that would chase him down step and repeats and take his picture ad nauseum pursuant to his wonderful portrayal of a deprived real life socialite, ie himself in failed sitcom reality show- ‘High Spectacle Society even though rumors dog him that he never has money (don’t worry Paul, neither do I, but that’s what parents are for…).

For a while it looked he would rule the world and every 17 year old boy’s heart but since the show was abandoned Paul’s bubbly patina has also disappeared. Yes Paul, I was hoping along with your other favorite journalist Richard Lawson of Gawker and  ex co cast members Devorah Rose– who has failed to make the top ten social whore list (we imagine to her delight) and ninja accomplait Jules Kirby that the charade show would continue, but it was not to be and unfortunately this has only served to put a pall over your meteoric rise and aspersions that you were really no one to begin with.

A fixture over the summer at every tete a tete courtesy of every publicist working the fame game play, we eventually stopped noticing Paul’s presence until we put two and two together- Paul would have to call mommy again and see if she could rescue him and figure out if there was indeed life after reality mayhem.

Bluntly Paul there is plenty of life, one just has to be willing to pay the piper and whether you come back as a lothario, guest actor, guest writer (yes Paul has on occasion penned a few articles that could tear at your heart strings) and re invented social fixture you will still be able to hold onto this much lauded rank of number 9 socialite whore of NYC.

Then again, perhaps Paul has learned being a socialite whore is too onerous an obsession and that it be best left to real professionals like our socialite whore number 8- Richie Rich (next page). 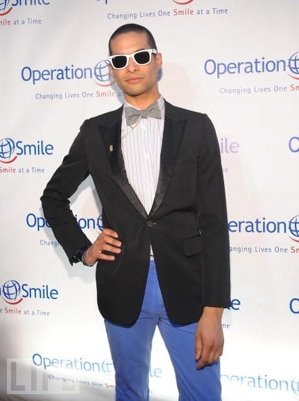