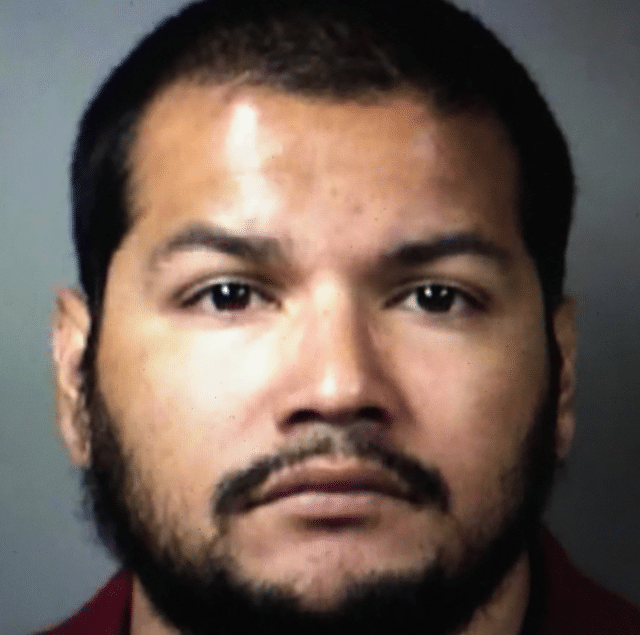 In a sign of unrelenting fury and anger following the release of the MAGA Whataburger video, members of an internet mob seeking justice against the man seen throwing a drink at a teen at a San Antonio, Texas, fast food joint have been reportedly turning up at the wrong man’s home.

Livid with the apparent transgression against the teen and the boy’s rights to his beliefs, members of the public had taken to releasing what they believed to be Kino Jimenez’s address and phone number in the hope of inciting revenge.

Except the revenge never happened the way they had envisaged following many users on social media sharing what they believed to be Jimenez’s details. Details which in the end only turned out to be the suspect’s brothers, who have since told KSAT that they have been unfairly targeted and that their wanted brother hasn’t lived at their address in over five years.

‘People have been posting his old address and doxing it, but it’s really my address. He doesn’t live here anymore,’ Jimenez’s brother, Zeus, said. ‘He hasn’t lived here for the last five years.’

In the hope of doxing Jimenez (the practice of publicly revealing the identity and details of a private person on a public profile for shaming purposes) – social media users had implored other users to turn up at the man’s believed address and ‘take care of business.’

While some suggested a ‘good beating’ others resorted to having fake deliveries sent to Jimenez’s brothers house, while others even went so far knocking on the front door demanding to ‘speak with’ the alleged suspect. The act led to the brothers calling police to chase the ‘justice mob’ off.

Reiterated Zeus Jimenez, ‘And people are just plastering that address out there, you know, blindly,’

Which is to wonder at what price justice and doesn’t society in the end become worse and more depraved than the very thing they seek to impart justice and moral order against?

As for his brother’s actual address, Zeus said he doesn’t even know where that is, saying, ‘He’s estranged to me, and he’s cut himself off from me, and I don’t give a damn what happens to him.’

Come Thursday afternoon, San Antonio police announced the wanted man being arrested and charged with theft of a person. Police expect to launch a full investigation.

Witness insists Whataburger attack was motivated by racist remarks against blacks and Latinos.

How do you know this is the address for the Kino Jimenez that did this. Your doxing him is very dangerous

No he’s not. Quit spreading false stuff. Innocent people have been harassed & assaulted because some twit on the net misidentified them. The guys name is Kino Jimenez. Go look him up before you post some random guys net address.