German authorities have told how Munich mass shooter, Ali David Sonboly obsessed on imparting revenge after years of bullying at the hands of fellow classmates.

Revenge which came after the 18 year old Iranian German duo national studied mass shootings from around the world which led to the teen affecting his very own notorious mass killing.

By the end of his very own mass shooting which the youth had increasingly savored in recent months, nine people would be killed, 27 injured with Ali Sonobly eventually taking his own life after having initially escaped Munich’s Olympia Mall where the shootings began at a nearby McDonald’s.

In a preview as to how much the Munich mass shooter sought to impart revenge and leave little confusion as to his probable motives, Munich police told of finding a cache of documents on mass shootings from all over the world during an overnight raid at the family home.

Of particular note was the discovery of a book, titled ‘Why Kids Kill: In the minds of school shooters.’

The book written by  by American psychologist, Dr Peter Langman studied the psychological make up of gunmen who carried out shootings at Columbine and Virginia Tech among others. A report via the guardian told of a German translation being found in the troubled teen’s bedroom.

‘The perpetrator was obviously obsessed with the issue.’

Along with American mass shooters, Sonboly is believed to have also been fascinated with German teen mass shooter, Tim Kretschmer, 17, who killed 15 in Winnenden, southern Germany, in 2009 in what came to be known as the Winnenden school shooting.

Other mass shooters that Ali David Sonboly lionized was that of 19-year-old Robert Steinhauser, who imparted the Erfurt massacre in April 2002, after exacting revenge on his school teacher and former classmates. That episode, led to 13 teachers, two pupils and a policeman being murdered before the perpetrator committing suicide.

Like his anti hero, the Munich mass shooter also imparted his own suicide death after at last having exacting revenge.

So consumed was the teen with mass shootings, David Sonboly had changed his WhatsApp profile picture to infamous mass murderer Anders Breivik, who killed 77 people in Norway on 22 July, 2011. Not overlooked by authorities is the fact that Friday’s Munich shooting would have marked the Norwegian mass shooter’s fifth year anniversary.

Whether the teen had timed what is increasingly believed to be Ali Sonboly’s ‘revenge attack’ on the anniversary is yet to be necessarily understood. Hinting at the some of the shared values that the teen held with the Norwegian right wing extremist were comments that Sonobly made during a confrontation after the shooting, where Sonboly took pride in being a native while articulating his disdain for foreigners.

Also not lost on authorities is the similarity of the doomed shooter with that of Newtown, Connecticut, mass shooter Adam Lanza who in December 2012 shot dead 20 children and six teachers.

Both lived anti social existences, were often misunderstood, bullied and dealing with mental affliction along with being avid video game warriors were they lived alter ego existences as vindicated online video killers. A state of affairs that presumably weighed on Sonboly as he too sought to at last live some kind of worthwhile existence outside of a string of dismal school failures and regressing anti social matters.

In the aftermath of the shooting which claimed the lives of seven teenagers, three were 14 years old, two  15, one was 17 and another was 19. Also killed was a 20-year-old and a 45-year-old man.

All of the victims were Munich residents but nearly all had foreign backgrounds. Three were from Kosovo, three were Turkish and another victim was from Greece. Whether Sonboly had specifically targeted foreign teens or teens in general has yet to be necessarily understood as authorities attempt to understand what ultimately motivated one malcontent individual in purposefully choosing to become his own study of a mass shooter…. 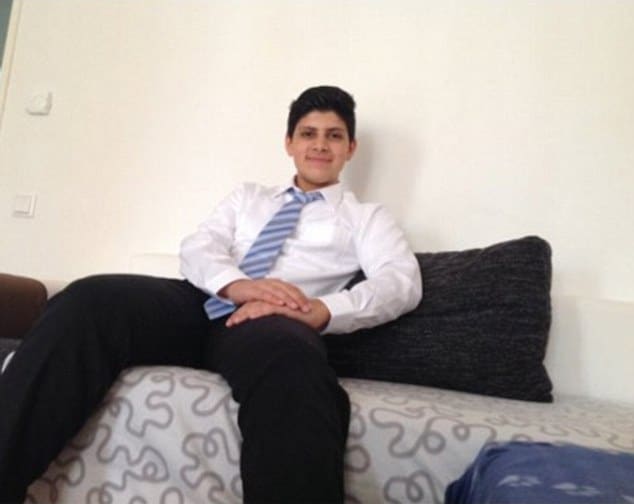 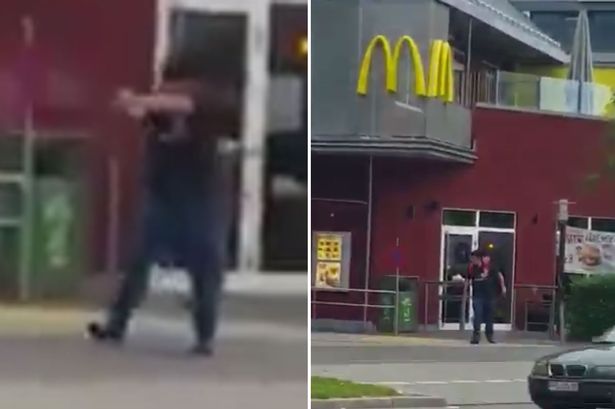