Princeton alum graduate Thomas Gilbert Jr, 31 has been ruled mentally competent to stand trial for the alleged murder of the man’s hedge fund manager father, Thomas Gilbert Sr after a dispute with the son’s allowance.

The push to stand trial comes after court doctors previously found the Princeton grad unfit to stand trial with prosecutors challenging those findings after hiring their own expert Dr. Stuart Kirschner to conduct an evaluation.

Wrote Justice Melissa Jackson in a decision issued Monday in Manhattan Supreme Court to commit the Princeton grad to now stand trial: ‘Despite the competing testimony of the experts in this case, the court finds the defendant competent to stand trial.’

The upcoming trial of failed stock trader, Thomas Gilbert Jr comes after the Princeton grad on January 4th allegedly gunned down his dad Thomas Gilbert Sr, the founder of hedge-fund Wainscott Capital, after the father cut his son’s allowance by $200.

Added Justice Melissa Jackson in her statement to proceed with trial: ‘[Gilbert Jr.’s] appearance alone is remarkable in a criminal courtroom: a graduate of the most exclusive schools on the East Coast, with a degree from Princeton University, the defendant stands over six feet tall, blond and blue-eyed.’

The decision to force the Princeton grad to stand trial comes after Gilbert Jr pleaded with NY District Attorney, Cyrus Vance Jr in a letter to let him out of jail, because they went to the same elite private school, $40,000-a-year Buckley School.

Wrote the well to do grad in part: ‘Fortunately I’ve had access to the newspapers and have enjoyed reading articles about the DA’s offices and the city’s various cases.

‘I was impressed by the overall decline in crime this summer, and the success of the [DA’s office’s] all-out program.’

He then went on to say it was unfair that someone of his wealth and education was being treated as a commoner.

Ironically, the Princeton grad’s defense lawyer, Alex Spiro had tried to use the letter as proof that Gilbert was mentally unfit. 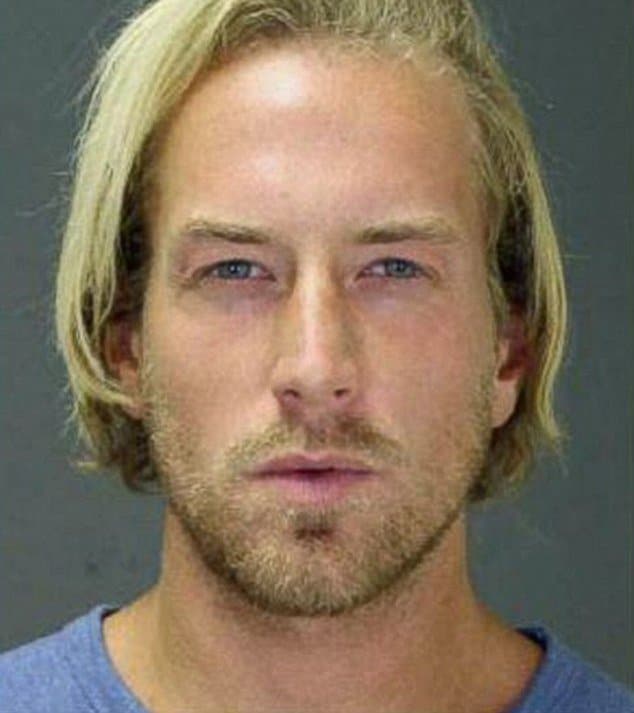