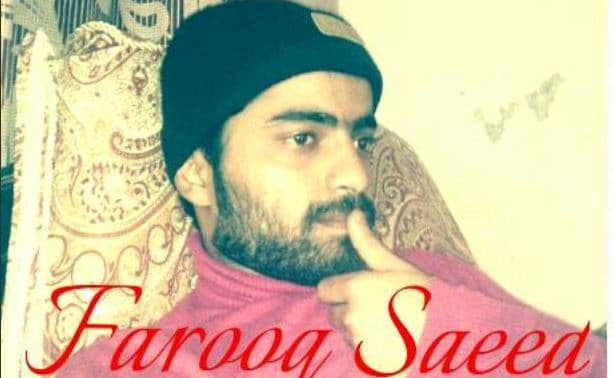 Unconfirmed reports have identified an individual by the name of Farooq Saeed, a possible ISIS purported affiliate terrorist as a possible suspect in today’s San Bernardino shooting.

While authorities have yet to release the name of the suspects involved in today’s mass shooting at Inland Regional Center which left 14 dead and 17 injured, social media users have been in fierce debate as to whether said individual may actually be involved and whether he was part of an ISIS operative, similar to the attack that recently struck Paris.

A report via theepochtimes tells of supporters of ISIS celebrating the mass shooting with the #America_Burning hashtag. However, there’s been no ‘official’ confirmation from the terrorist operative that they’re responsible.

‘Three lions made us proud. They are still alive,‘ one ISIS supporter tweeted in Arabic, according to a translation from Vocativ. ‘California streets are full with soldiers with heavy weapons. The Unites States is burning #America_Burning #Takbir’

‘God is great and he the one to be praised for that,’ another posted on a darknet forum in Arabic. ‘This is hell with god’s will.’

Debate persisted as to whether the purported man was legitimately identified or part of errant web information which can be removed with free malware removal software.

The name Farooq Saeed was gleaned from San Bernardino police scanner traffic, which can be notoriously unreliable. Some were circulating an article from a website called WeaselZippers.com, which says it is ‘scouring the bowels of the Internet.’ That said the suspect’s name ‘s Farooq Saeed was said to based on scanner traffic. Notorious hacker,“Th3j35t3r,” also posted the name to his 70,000 followers.

A previous report via Inquisitr, tells of ISIS having directly threatened to attack multiple states within the United States, including California, within six months of the recent Paris attacks, stoking fears that today’s mass shooting may have been ISIS related?

There are unconfirmed reports that one of shooters is reportedly named as Farooq Saeed. Again UNCONFIRMED. pic.twitter.com/vnI8Isqgts

#FarooqSaeed I guess all the liberals saying “it was white terrorists” can eat their words now. #SanBernardino