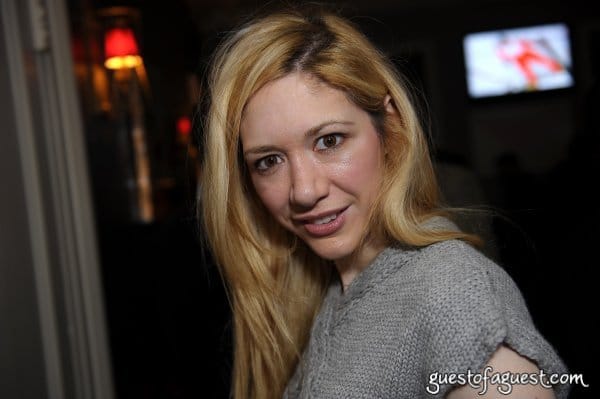 Hooray, common sense and wisdom does indeed prevail, after news that fallen socialite Melissa Berkelhammer has put aside her incestuous Facebook pleas remonstrating for hand outs from her rich friends and instead has found a job in a bid to be self sufficient.

According to pagesix, the Harvard and Princeton grad has found work as a restaurant hostess and volunteering at a nursing home.

Reports the tabloid: Berkelhammer will start greeting guests at kosher Japanese steakhouse Prime KO this week. Owner Joey Allaham said he was introduced to her through a friend, but didn’t know about Berkelhammer’s legal troubles before they met.

Apparently unaware of the fallen socialite’s never ending series of woes, Allaham reiterated, ‘I just wanted to help someone out. She’ll make a good hostess and she wants to work.’

Granted the work will probably not pay a zippy salary, but one can only imagine that any efforts to hold one’s own may in the future help Berkelhammer get on with things and garner future opportunities after publicly regaling friends for ‘throwing her under the bus’ and refusing to hand over $60K because they can afford it.

Berkelhammer will also start volunteering at the Mary Manning Walsh Nursing Home on the Upper East Side this week, which perhaps might also put her in a better light in front of the court when she next appears on Aug. 17 to face charges of stealing $4000 of goodies from high end store, Bergdorf Goodman.

In other developments (shouldn’t there be a reality tv camera crew somewhere in all of this?), the nydailynews is reporting that Rep. Carolyn Maloney of New York has penned a letter to the city marshal urging that she and her mother be removed from the Fifth Avenue apartment of Julianne Michelle Di Palma as the actress and her mother, Joycelyn Engle Di Palma now face the very real risk of losing their home as a result of the building board’s outrage with freeloader Melissa Berkelhammer and her mother…who refuse to obey court orders to get out.