The following screen grabs from Melissa Berkelhammer‘s facebook posts below come courtesy of an unnamed source who forwarded them to me early Tuesday evening.

In short it documents the deceleration of a woman, much like any woman who wants to become something in NYC and whose trappings and perils and temptations can bring one to great achievement or caught in a web of self deceit, malaise, trepidation and capitulation and simply misfortune.

That woman is Melissa Berkelhammer, who by chance, whose public facebook musings I was able to document over 5 years ago as she then took to contemplate her impending imminent suicide and to blame those around her for her very own misfortune.

‘I can’t live in a world that is totally against, and I have all of you to thank. Goodbye. Thanks for treating me like shit me whole life. Hope you can live with yourself.’

This coming from an individual who was privileged and fortunate enough and intelligent and dedicated enough to be offered an ivy league education, entry and access to high society whilst that girl whom you never looked twice at worked behind some far flung bar, some receptionists desk, living in some over priced Queens grovel, with just the faintest hope of ever coming close to being that which Miss Berkelhammer’s station, family, privilege, birth and access gave her.

Have a read below, see what you think. Melissa Berkelhammer in the end may very well be a victim of the vicious society world and ivy league jet set crowd she covets and dare I say once fawned on her.

It is not a world or an environment despite the perfect pictures on society pages that easily forgets and whether it admits it or not is constantly checking in on itself, keeping tabs who is rising, who is useful, who has cache and who is the next society it girl to emulate. A society it girl for a brief moment that Melissa Berkelhammer used to be before something happened because of her or in spite of her. Which is to say don’t be fooled by the glam, it comes with cloaked daggers.

Melissa Berkelhammer to be sure, the media doesn’t care to trample you, but to watch by proxy and wonder out aloud how someone as beautiful and gifted and with so many open doors has been able to fall time after time flat on their face.

I do hope you get that new husband or daddy you are looking for (read below), but most of all I hope you find the courage to be the real you and perhaps the rest will follow…

Above image courtesy of gog, 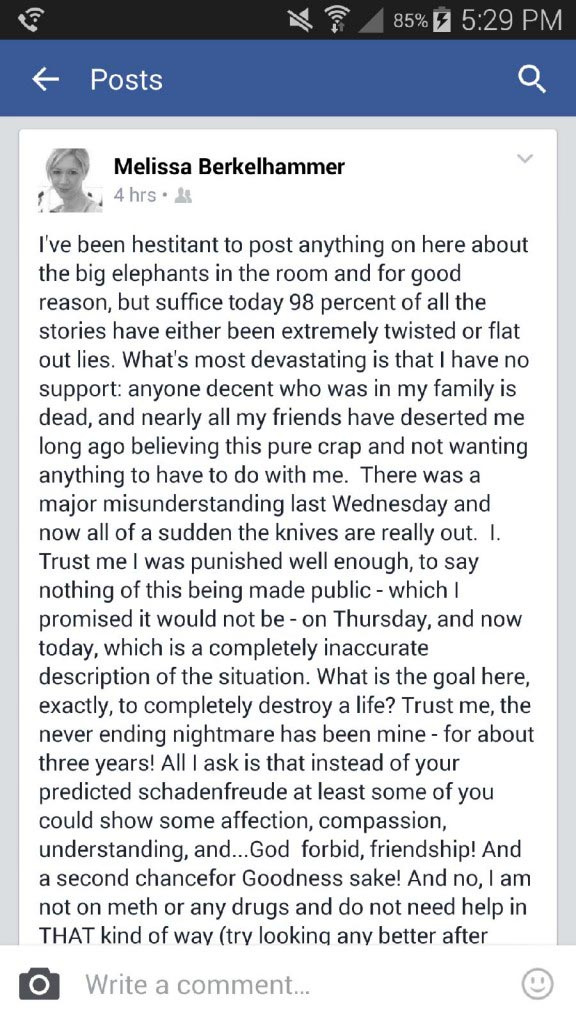 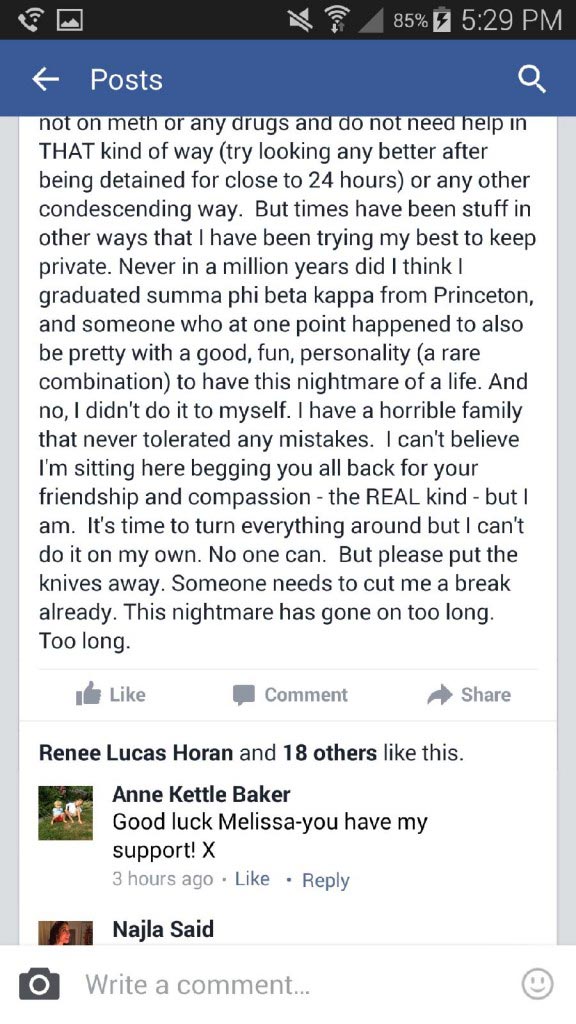 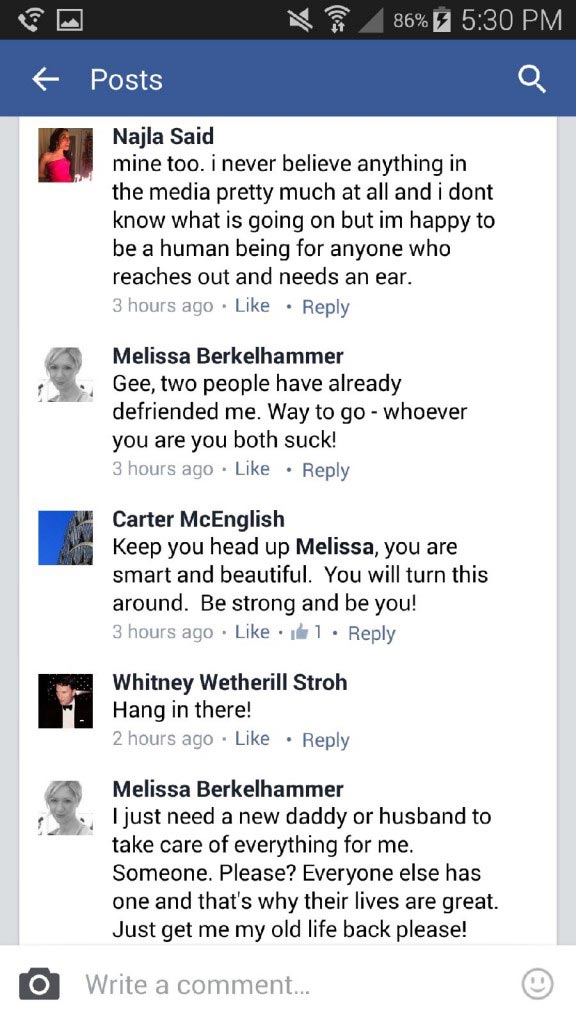