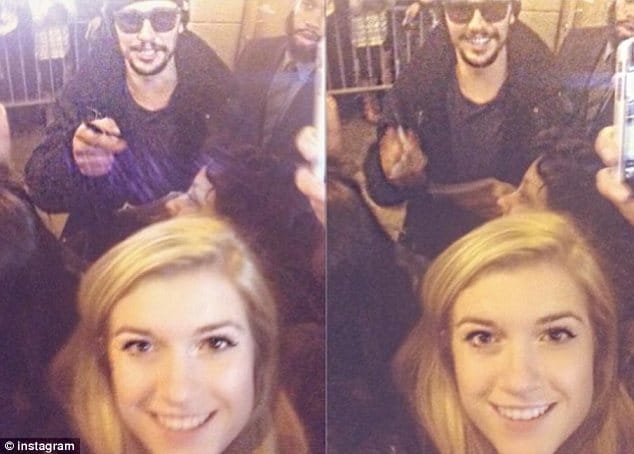 Making the rounds is the purported story of heart throb (so I have been told), actor, writer,  MFA/Ph.D. candidate, Rennaisance man, James Franco trying to get into the pants of 17 year old high school student Lucy Clode.

Via a back and forth chain of come ons via instagram the actor (and that is the big clue here kids- actor) is seen writing dubious come hither pick up lines via instagram.

Goes the groveling gossip story which is suppose to sweep us off our feet:

The girl, a small-town Scottish lass named Lucy, says she was on a trip to New York City as an early birthday present, and met Franco at his Broadway show, Of Mice and Men.

She took an Instagram video with him, and he told her, “You gotta tag me.”

She did, and the 35-year-old Franco began an Instagram flirtation later that night. Lucy posted the whole thing to Imgur, so we now know exactly what James Franco’s text game looks like.

It’s possible the messages in these screenshots have been faked, but Lucy did ask Franco to send photo proof of his identity—twice. 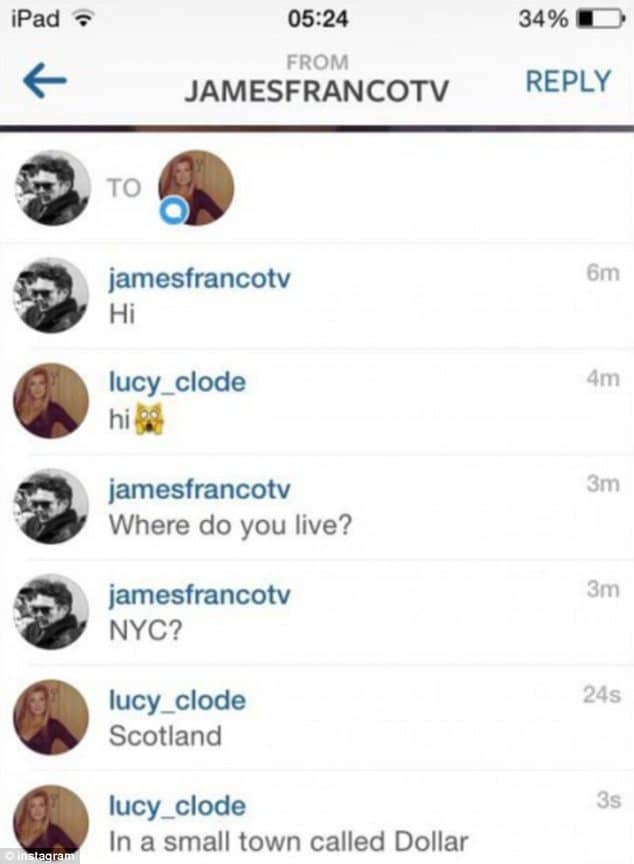 Reflects hollywoodlife: There’s no proof these messages are real, but after a little research we discovered that not only was April 1 the day of the apparent tweets, but also the date James’ new movie trailer was released. 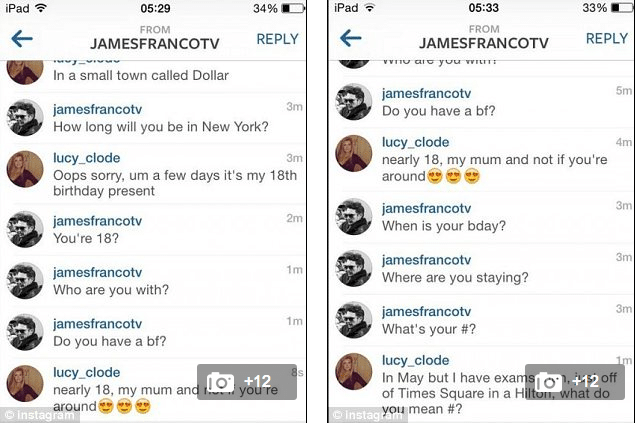 In the Instagram screengrabs, Franco works fast to establish where Miss Clode is from and how long she will be in New York.

He then seems to fire off three questions in quick succession: ‘You’re 18?’ ‘Who are you with?’ and ‘Do you have a bf (boyfriend)?’ 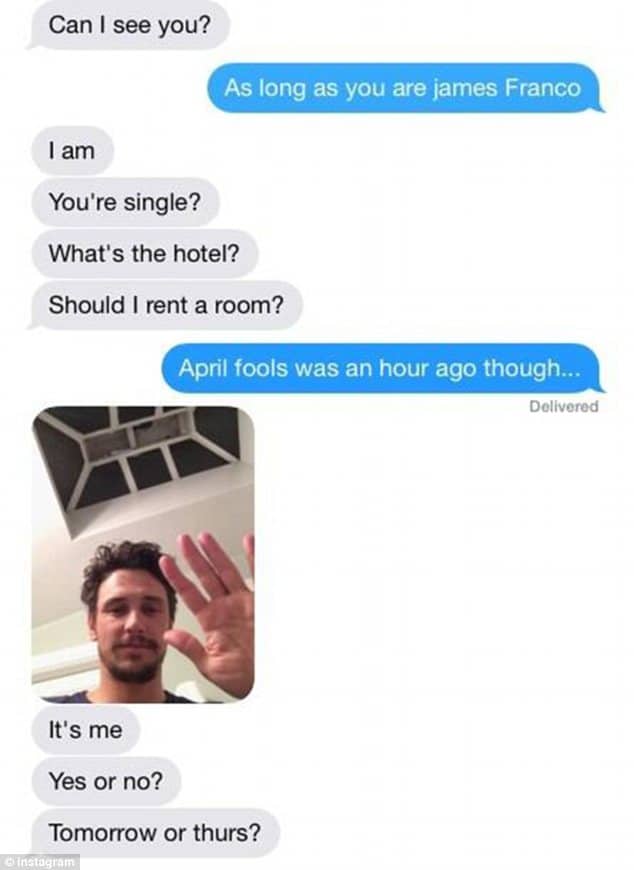 And there’s too via thedailydot: Other revelations today could point to a number of things. Clode deleted her Twitter and Instagram after a number of publications had embedded a video of Franco telling her, “You gotta tag me.” She might have been receiving threats and all sorts of unpleasantness. Or maybe there was something incriminating on those accounts, something that could expose the stunt. But if she’d been in on it, she still had to face Internet commenters calling her a slut and a whore.

Never mind Lucy, I’ll do you a favor. James Franco you are the ultimate media whore.

Just one question Lucy. Why did you post the whole thing on imgur by the way?

Told James Franco this morning:  ‘You just don’t know who is on the other end,’

‘I used bad judgement and I learned my lesson.’ 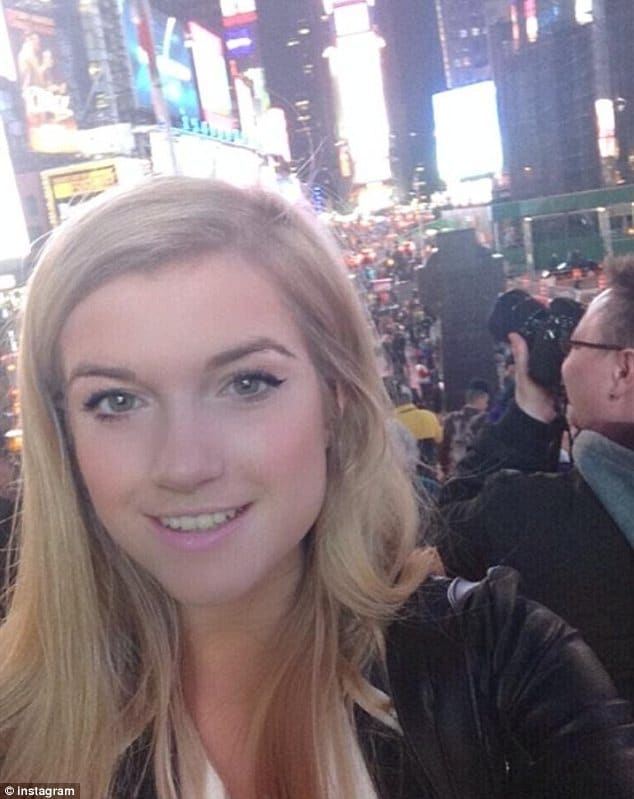