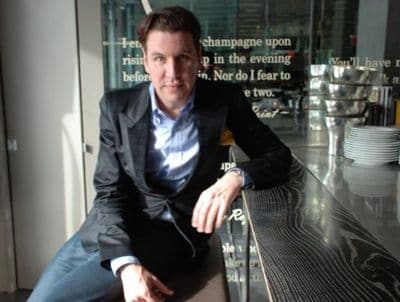 PD: Well, they ran a story I wasn’t pleased with and I only wish they hadn’t brought attention to it.

PD: Of me being mugged. I didn’t want them to run it and I wish they hadn’t. I don’t think I’m Brad Pitt, in the end I’m just a normal person, who’s not interested in fame, but the body of work that I am affecting…

I have yet to meet her. But I do confess I miss Richard Johnson.

PD: Not particularly thrilled. They were quite mean to me. They set me up and used some line about how I couldn’t get into my own ‘bad party’ and that I used this horrible facetious line ‘Oh don’t you know who I am…?’

SCV: Of Guest of a Guest’s portrayal of you being part of the presumed cast of the upcoming High Society show over a year ago?

PD:Sloppy. I wasn’t thrilled, and I wish they had retracted. It was to no avail.

PD: Well, I do wish him well and I do think he can make a turn around but I must say our friendship and relationship was overstated more than it was.

SCV: I see. I also understand there was some disconcert between yourself and High Society’s producers, especially Michael Aho….

PD: I wasn’t thrilled with the way he kept after me. He insisted that I get on board the show- and I kept saying no. He kept persisting and wouldn’t leave me alone and had at one stage started rumors to the effect that I had signed on- which were categorically not true. They only stopped after I threatened cease and desist…

SCV: Do you ever imagine yourself ever accepting a role on reality TV?

PD: No- not at all. The idea of it doesn’t thrill me. You eventually become a contrived caricature and made to look and react to things against the spirit of when it was originally filmed.

SCV: What about a campaign?

Well- maybe- if it was a reputable product and paid well.

By now our entree has arrived- the delectable Yankee burger, which includes a 6 oz beef patty with magic on a sesame bun, except Peter Davis decides to go without the bun.

PD: I go through stages, where I’ll eat everything and then where I wont eat anything. At one point my weight became dangerously low at 145 pounds, but now I’m back to a healthy 165 pounds. I think it’s a form of mind exercise that I like to put myself through…

SCV: Who’s someone you think we all ought to be paying attention to?

PD: Nicola Vassell, she’s a definitive presence in the art world. She’s today’s version of Mary Boone. We brought attention to her in the recent Avenue edition. And how do I say this delicately, I thought it was important to give Nicola presence- important that a journal like Avenue which traditionally has been the hospice of well to do uptown people extend itself to a milieu of characters and energies beyond what it may be accustomed to.

SCV: Talking of championing people tell me about Olivia Palermo.

PD: I started it.