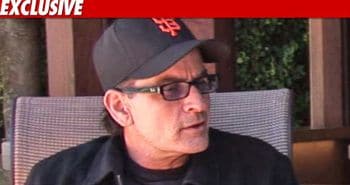 It had to happen, was bound to happen and finally the messiah (Time Warner) answered and proclaimed that Coco Sheen has been forever banished from the flock and into exile where he will spend an eternity and a booze filled deep awakening coming to terms with how much of a winner he really is.

tmz: “This is very good news. They continue to be in breach, like so many whales. It is a big day of gladness at the Sober Valley Lodge because now I can take all of their bazillions, never have to look at whatshiscock again and I never have to put on those silly shirts for as long as this warlock exists in the terrestrial dimension.”

One day when Coco is scraping the remnants of a spilled vodka lime milkshake off his lapel he will suddenly catch a reflection of himself against the breezy ocean that will be making out with him and his vodka straw and wonder for every drop in the ocean, there was always another dollar he should have made.

FREAKSHOW OF THE WEEK: CONSPIRACY THEORIST ALEX JONES GOES ON ‘THE VIEW’ TO TALK CHARLIE SHEEN