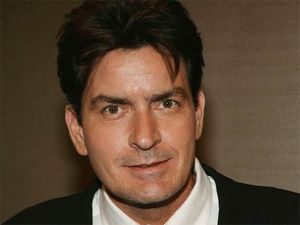 How much blow can Charlie manage?

In the latest installment of the CoCo Sheen train wreck we find our collective hero rushed to the emergency ward and the world feinting in disbelief. Why you wonder? Go grab yourself an empty brief case and follow this way. As usual the NY Trash Post explains why…

NY Post : LOS ANGELES — Charlie Sheen, who was rushed to a hospital today after partying into the wee hours with a bevy of women and a briefcase of cocaine, is suffering from a hiatal hernia in his stomach which causes him “horrible” pain, according to a new report.

The “Two and a Half Men” actor was taken from his Los Angeles home on a stretcher and transported to Cedars-Sinai Hospital suffering severe abdominal discomfort, TMZ.com reported

Hmm. Any guess what ruptured the hernia? The ‘bevy of women, the congested Los Angeles skyline, the gentle swaying of the curtains which silently watched as CoCo gave another stellar performance, the empty brief case or even perhaps the fine white granules that somehow insisted in making their way in Charlie’s crack pipe up Charlie’s nose? Personally, we think the color of the curtains ultimately didn’t agree with CoCo- but that’s our guess.

Sheen reportedly received a “briefcase full of cocaine” in the hours leading up to his “wild” party. The star consumed large amounts of the drug — delivered in multiple bricks in a designer briefcase to his home — a source close to his household told the entertainment website.

Which leads us to conclude the curtains must have been designer made as well. Or were they?

His white blood cells were high because well maybe CoCo was visiting high altitudes, but who knows it could have been the bowl of peanuts he ate before sitting down to open the suitcase. After all, not everyone can tolerate eating peanuts, cause of the horrible side effects eating vast handfuls of ‘peanuts’ can have one’s body functions. But that too is just an ‘educated’ guess.

He consumed large amounts of the drug which was delivered in multiple bricks in a designer briefcase to his home, a source told the entertainment website.

So it wasn’t the peanuts or the curtains that did CoCo in after all?

TMZ said claims that the actor overdosed on drugs were false — but reported he had been partying hard and had been awake for 48 hours before the 911 call was placed at 6:35am PT.

Well now we are relieved, cause we can go back to blaming the curtains and the peanuts.

Since news broke of Sheen’s emergency investors have been similarly dismayed, sending shares of CBS, which airs “Two and a Half Men,” down about two percent.

Aren’t investors a finicky bunch? But why should they be concerned?

‘…..with Sheen reportedly pulling in more than $2 million per episode.’

Nina Tassler, the president of CBS Entertainment, said earlier this month that the network has “a high level of concern” about Sheen.

“On a very basic human level, I am concerned of course. This man is a father, he has children, he has a family,” she said at the Television Critics Association in California.

He continues, however, to fulfill the terms of his contract with CBS, she noted.

One day when CoCo is sitting in a large open vista with his hernia tied to something that looks like a dialysis machine enjoying the wide sweeping views- he will think to himself – ‘I had to do it my way.’