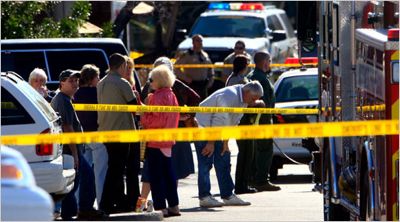 particopory wealth (the only people it seems who get to continue to participate in increasing wealth are celebrities, their corporate backers, financial behemoths who coincedentaly held the economy for ransom less than 3 years ago with the wild west gambling ways and the plutocrats) and the feeling of neurosis this has engendered on an American audience too camatose to deal with taking to the streets the way they used to do back in the late 60’s and early 70’s and settling instead for the dollar Big Macs and other jumbo coupon deals that would assuage the sick feeling in their stomach.

And some people when they feel sick to their stomach – like to go the next step and fight for what they perceive is a just society. Or perhaps they are just dealing with their personal demons? Of course this does open the idea that Loughton’s actions are the extension of political catcalling, smear campaigns, media brow beating (have you ever watched Fox’s Bill O Reilly have a session of how immoral the country has become?) and the currying of distraught individuals by people into fringe radical groups like the Tea Party who would normally if introduced at a Sunday afternoon luncheon would have nothing to do with each other save their joy of pink lemonade. 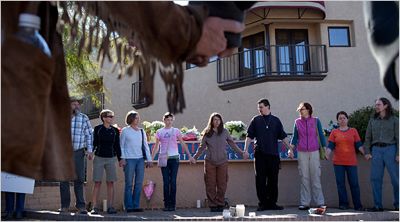 And if Arizona has become the open tarmac of vigilante behavior what then are some of the issues that have seen aggressive stances on either side of the political spectrum (which to be honest we have to question because what counts for political right wing and left wing is never too far from conservative doctrines over all, to even yield a point of view that the public should have some basic tenants like health care, education or a roof over their head engenders catcalls that one is a socialist or a communist- laughable and shallow critiques that somehow has most people in America cowering in fear should they ever be confused for one)?

For one we have health care- whether the state should step in and provide for its citizens or the idea that the private industry will heal your wounds assuming you can afford their premiums, fall within their very strict stipulations of whether you actually qualify to claim on the policy and the general belief that markets need to be left to their own disposal. With respect to her political stance, rep Gifford was a supporter of the health care bill in Congress which ironically the voting of will now be delayed given the shooting. A health care bill which has us wondering why so many individuals should be fearful of when in essence it’s designed for their benefit, and who is really fearful of it are those entities/institutions/corporations who will cede control and profits?

What Mrs Gifford (who narrowly won re election in November 2010 )was also openly vocal about was her stance on the state’s as some would argue racist immigration law- which she was a vehement critic of. Which forces the broader question, despite one’ s political leanings, are we now to