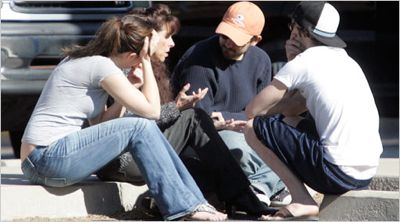 be wary of those individuals who differ with a point of view to the point of violence? If history is a guide- it seems yes ( from the civil war in the 1860’s, the assassinations of various US presidents, the violent usurping of student protests in the 60 and 70’s fighting for civil rights and our pull out from Vietnam). As much as we prefer open discussion and gentleman discussions on night time TV that cynically entertains us and relieves us personally of having to force change in society it has often come down in history to violent confrontations, the pitting of entrenched interests and those who seek justice.

Although Jared Lee Loughton was seeking justice in his own eyes, he has only ended up committing violent and reprehensible damage, one has to wonder – has American politics now come down to physical confrontations, the actions of a supposed single ‘mad man’ in this instance or the logical extension of polemical politics in America laden with distrust, unease, smear campaigns, acts of vandalism or perhaps anti government rhetoric that have gone from your Bill O Reilly TV room to your bloody Arizonian Saturday morning shopping mall?

ARIZONA SCHOOL DECIDES TO LIGHTEN THE COLOR OF DEPICTED LATINOS.