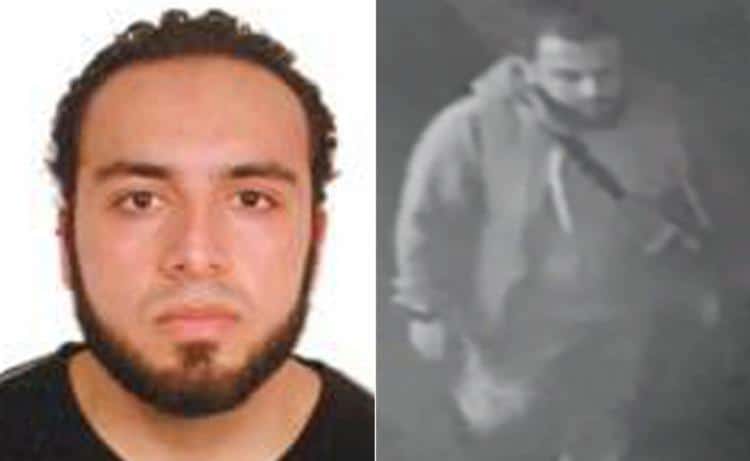 Ahmad Rahami lawsuit: Did perceptions of being persecuted because of his Muslim faith lead to one Elizabeth, NJ man seeking retribution?

Ahmad Rahami the prime suspect in the NY and NJ bombings, since arrested, Monday morning, had previously sued the local police force claiming that they were persecuting him for being a Muslim.

The exclusive via the dailymail tells of Ahmad Khan Rahami, 28, launching a lawsuit against Elizabeth, New Jersey Police department with the man claiming that he and his family were subjected to discrimination and ‘selective enforcement’ based on their religion.

In the family’s complaint, Ahmad Rahami claimed that local police had tried shutting down their chicken restaurant, ‘First American’, (yes the irony…) too early each night with ‘baseless’ tickets and summonses.

Ahmad, 28, his father Mohammad Sr, 53, and his brother Mohammad, brought the lawsuit together, also claiming that local residents also racially abused them, alleging they were told, ‘Muslims don’t belong here’.

The lawsuit, filed in 2011, describes the son having a long history of grievances with city officials, their local police force and people who lived close to them.

Five years later Ahmad has been held over his alleged involvement in the New York and New Jersey bombings.

The lawsuit, filed in the federal court in Newark, says that the family are from Afghanistan and are all Muslims who have owned the chicken restaurant since 2002.

From April 2009 for two years they allege that they were unfairly targeted for staying open past 10pm despite being permitted to do so.

In the lawsuit, the family claimed police had a ‘reckless disregard and deliberate indifference for plaintiff’s constitutional rights of liberty, due process and equal protection’.

The Elizabeth police department allegedly ’embarked on a course to harass, humiliate, retaliate against and force their business to close at 10pm’.

The lawsuit claims that the officers told them there was ‘too much crime around here’ and that the area around the restaurant was ‘known for criminal activity’.

The Rahamis according to the dailymail in their lawsuit, alleged being subject to ‘selective enforcement’ that were ‘solely based on an animus against plaintiff’s religion, creed, race and national origin’.

As a result of the police shutting them down at 10pm, despite other businesses being allowed to stay open at that time, the family claims suffering economic hardship.

The court documents confirm that Ahmad Rahami being arrested for obstruction of justice, disorderly conduct and resisting arrest, although they do not specify when or what the outcomes were.

One instance of cited discrimination brought up in the suit, cited local man, James McDermott, the owner of Dean Relay Press and Radio, a photo agency that is near to the Rahami’s chicken restaurant.

McDermott is alleged to have told the Rahami family:‘You are Muslims…Muslims make too much trouble in this country.’

McDermott is alleged to have told them that ‘Muslims should not have businesses here’, ‘Muslims are trouble’ and ‘Muslims don’t belong here’. Claims McDermott categorically rejects.

Court records show that the Rahami complaint being dismissed with prejudice in 2012, meaning that it could not be brought again.

Told McDermott via the dailymail: ‘Mohammad Rahami was operating in violation of some local ordinances, he operated way beyond closing time and it became a hangout for kids,’

‘I made complaints about it and he took offense at that. The city took him to court for his violations and then he sued the city, the police officers that were involved and me as well. We won the case.’

‘I made complaints about it and he took offense at that. The city took him to court for his violations and then he sued the city, the police officers that were involved and me as well. We won the case.’

Countering suggestions of being set upon as a result of the family religion, a report via the nydailynews quoted regulars at the restaurant saying Ahmad Rahami was a chilling presence behind the counter.

Told one customer, Joshua Sanchez, 24: ‘He would never talk to you. He would just take your order.’

Adding, ‘I don’t know why, but I got a sense that he hated America. There was something weird about him. I never see him with friends. He was always very serious, no girlfriend, no nothing.’

Nevertheless a report via the nytimes found one patron, Ryan McCann who held Rahami in good stead.

Told the 33 year old man: ‘He wore Western clothes, hung out on the sidewalk with friends, and often slipped his regular customers free food.’

‘He was always the most friendly man you ever met.’

Few details about Rahami’s life up to the man’s arrest. His family has been unavailable for comment, as pundits on the web wonder to what degree Ahmad Rahami’s grievances with police and what he perceived to be persecution against him for being Muslim may have led to the man targeting bombs over the weekend …?

Is this a clue to suspect’s radicalisation?Rahami family claimed they were harassed by police in 2011 lawsuit https://t.co/uU2tUqgtaH