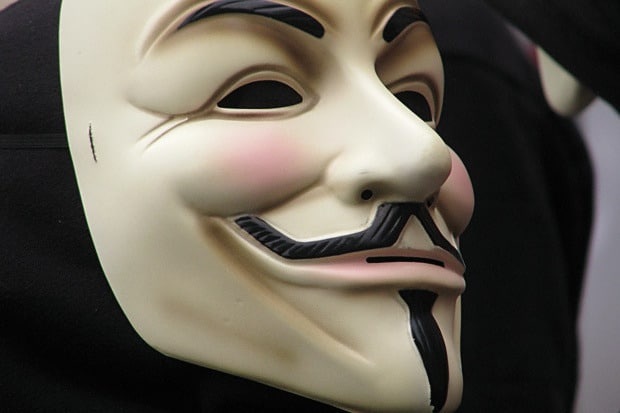 In a series of veiled threats/tweets the group have indicated that they are in possession of the police officer’s address who had exhibited questionable use of force in response to Saturday’s milieu which according to many saw the cop coerce black youths and target them.

According to a report via vocativ, the twitter account has already published what it claims is the address of the officer in the video (no address at present seems to exist on twitter, unless it had been taken down?) as well as the address of the vice president of the local Police Union and contact information for several other local officials.

In a series of tweets which began over ten hours ago, the group also tweeted the following:

Eric Casebolt, we know you are active on socialmedia and you will find and read this. Do the right thing and resign

Eric Casebolt’s only punishment will be a paid vacation if you don’t speak up now.

Upping the ante, the group has also now offered a $200 ‘bounty’ for information related to another man who was photographed at the scene. Reads the tweet: Who is he? And why was he permitted to assist police and touch the children? One user, Occam Fazor ‏@OccamFazor 3m3 minutes ago @OpMcKinney in turn momentarily tweeted the following: I believe the overweight guy in the tan shirt is named Skip Davis. Head of the homeowners association.

@OpMcKinney I believe the overweight guy in the tan shirt is named Skip Davis. Head of the homeowners association. — Occam Fazor (@OccamFazor) June 8, 2015

In turn #OpMcKinney urges users to contact the McKinney officials—various email addresses and phone numbers are being circulated online—and demand that Casebolt be fired.

Reflects the dailydot: It’s unclear what precautions, if any, officials are taking with regards to the Anonymous. The group has infiltrated the computer systems of law enforcement in the past and released personal information, including home addresses and Social Security numbers, of police officers. The McKinney Police Department did not immediately respond to a request for comment.

At present it is not necessarily understood if the social media account is legitimate and whether users behind the account intend to ‘punish’ (and to what degree?) or out those individuals it holds culpable for Saturday’s milieu?

It is not the first time the hacker group has used vigilante justice to bring ju stice to causes that it believes the public seeks answers to, with previous instances having seen Anonymous out the wrong individuals, often causing said individual’s irreparable harm and again raising the question whether anonymous bears the right to impart its special brand of justice?