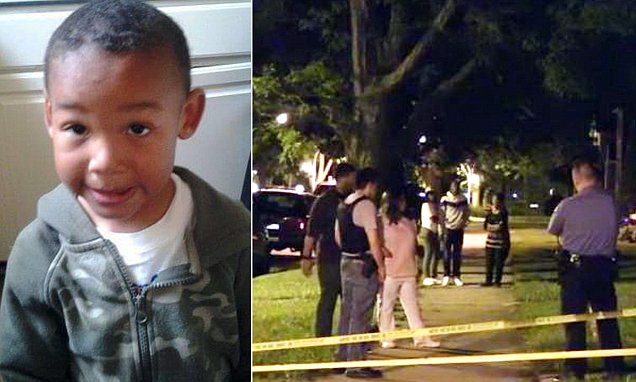 James Nevils a 5 year old Gresham, Chicago boy has been killed after being mauled by a pit bull whilst visiting relatives.

At the time of Monday night’s attack, the boy was inside a property when a pit bull pounced on him, grabbing him by the shoulder and neck.

As the dog continued its unrelenting attack, a woman heard screaming ‘he’s my baby, somebody please help me,’ dragged the child and the animal outside in a bid to get help.

A report via ABC 7 Chicago, tells a man and his brother then ran over and started hitting the dog with items, including  bricks, a pole and a chair.

They even stabbed it, eventually killing the animal, but they could not prevent the boy from dying.

Neighbors said the dog briefly let go of the child, but quickly latched onto him again.

Told Marquis Lewis, who tried to save the child: ‘I don’t know, I wasn’t really thinking about nothing but getting the dog off the baby.’

First responders found the boy unresponsive at the scene and rushed him to Advocate Christ Medical Center in Oak Lawn.

He was pronounced dead a short time later. It is not known which family the dog belonged to.

According to the chicagotribune neighbors said the dog belonged to a family who had recently moved to the block. James and his sister and mother were visiting, and the dog was supposed to be locked up.

Told the boy’s grandfather, James Nevil, whom his grandson had been named after: ‘This dog took a young life, and the person responsible should be made to pay,’

Police are yet to make any arrests.

Update: The man who owned the dog was cited for owning an animal whose rabies shots were not up to date and owning an animal without a license, according to police. No other charges against him were expected as of Wednesday morning. 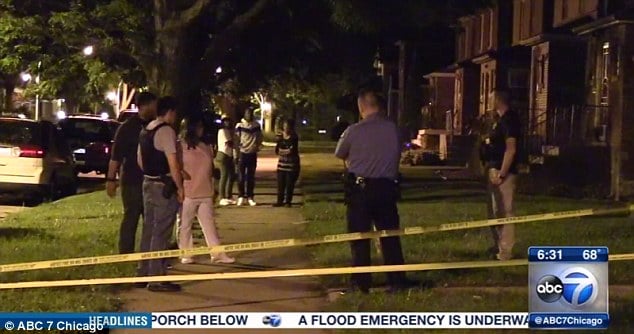 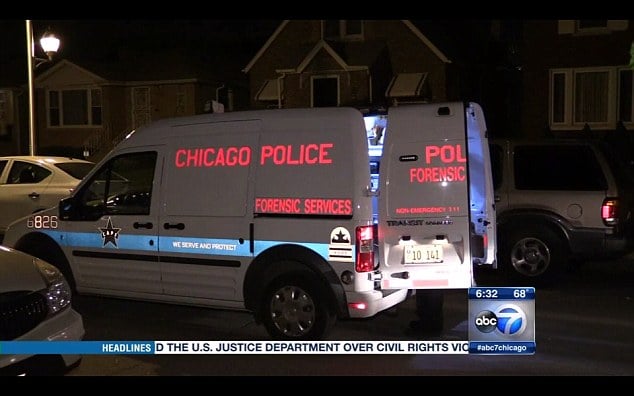