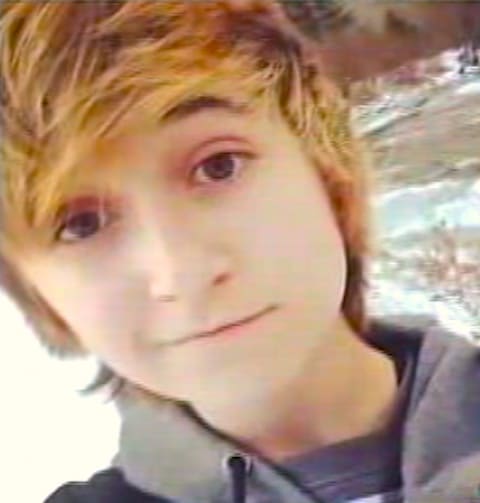 Prior to her death, the tormented teen left a suicide note asking that she not be remembered as the ‘girl with problems.’

Investigators would recover notes on Ash Haffner’s  (as the teen was also known and which would also accentuate the ambiguity and struggle of the teen’s coming to terms with their identity) iPad describing a myriad of instances of the teen being mercilessly bullied at school.

The teen’s death would come as she was said to be slowly morphing into a man, despite holding on to the notion that they were a female and somehow breaking taboos by choosing to date other females.

Which is to wonder aloud is one bound by their biological disposition or can one choose to ascribe their preferred identity and take steps towards realizing it? Even in the face of those who find such stands threatening or beyond acceptable socio norms.

Observers would also note that the child’s death mirrored that of another tormented teen’s death earlier this year, that of Leelah Alcorn who also stepped onto the path of an oncoming car.

Riley Matthew Moscatel, transgender teen kills self after coming out as male

Sunnie Kahle religious school: Of course she’s not a lesbian or transgender but…

Transgender teenage couple in love. He used to be a her and her a he…

Transgender nursing student threatened with expulsion if she keeps using the woman’s bathroom.

Swedish law demands that transgender people undergo sterilization if they seek to legally update their gender.

Wrote the teen who had been contemplating suicide: ‘If I die, I don’t want to be remembered as the sad person I was.’

Adding: ‘I don’t want to be remembered as the f***** gay girl with all the scars on her arm. Unfortunately that’s who I am to a lot of people.’

‘I just didn’t understand why I felt the way I did when I had a decent life. Just remember me as someone who understood and stayed strong for as long as I could.’

Another note which belied the struggle and torment the teen felt would say: ‘Please be WHO YOU ARE… Do it for yourself. Do it for your happiness. That’s what matters in YOUR life. You don’t need approval on who you are. Don’t let people or society change who you are just because they’re not satisfied with your image.’

The teen’s death would lead to an outpouring of grief on social media, with classmates and friends from Porter Ridge High School rallying around her family during a candlelight vigil and creating the #doitforash hashtag on Twitter.

Her mother, April Quick told The Enquirer-Journal she knew her daughter had started a relationship with a girl before she came out to her directly, and supported her decision.

Nevertheless the child’s mother doesn’t believe there was a single incident which influenced her daughter’s decision to commit suicide.

Instead telling it was a gradual build-up over time that came as a shock.

The #doitforash hashtag used in the wake of her death has been inundated with tributes and calls for an end to the bullying of transgender teens.

Wrote one commentator: ‘You didn’t deserve to die. You deserved to live in the body you should of been given.’

Added another: ‘The bullying has to end. Society makes it difficult to be exactly who you are, but do it anyway.’

As well as this comment which made me think: ‘Another person took their own life because of other people’s ignorance and hate… This has got to end’ #doitforash

I’m tired of this sort of reporting. Mental illness is involved when someone commits suicide. These people do not need to be held up as some glorious martyr. Suicide destroys the people you leave behind and it is the ultimate selfish act. These people are NOT heroes.

where were all the classmates when the poor kid was being bullied? It’s great that they are there to support the family, but I can’t help thinking that a little support for Ash might have helped and stopped the suicide.