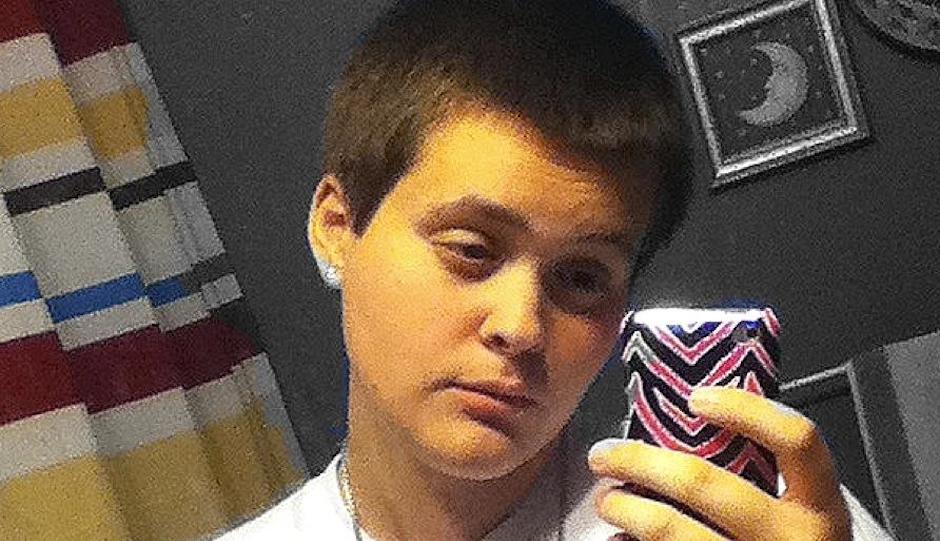 Riley Matthew Moscatel, a 17 year old transgender teen has killed himself after coming out as a male. The teen would come to die after stepping in front of an oncoming Amtrak train near their home in Croydon, Pennsylvania.

Prior to the transgender teen suicide, Riley who was born a female left the following message: ‘I’m a prisoner of my own body.’

Friends and family would tell that the teen had been making steps towards a resolution of their identity when in the spring, the teen changed their birth name Jessica to Riley.

Wrote Riley Matthew Moscatel via instagram prior to his death: ‘My mirror reflects Jessica, my heart and mind say Riley,’

‘You see me as the happiest person in school, I’m a prisoner of my own body.’

‘You see me having a successful future, I can’t see me at my graduation day. I say my hearts beating, but it’s beating slower and slower each day… I’ve had enough.’

The message, would also include an apology to Riley’s parents for not being the daughter they had wanted. 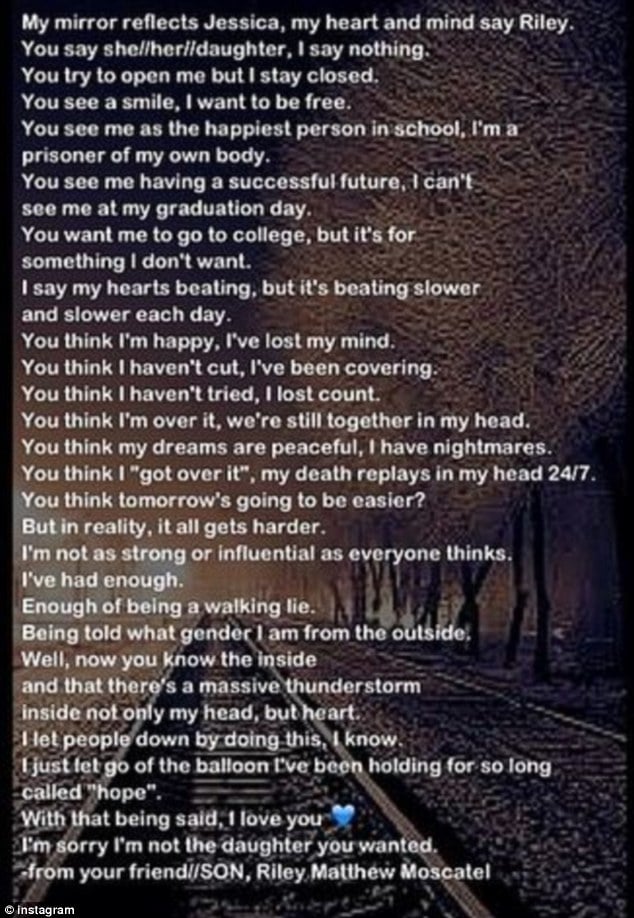 Shocked friends said that he had apparently got through childhood depression but still struggled with his female body, the Philadelphia Inquirer reported.

‘Everyone supported him,’ said Kate Cimino, who had been in a relationship with Riley.

But he ‘still really wasn’t a guy physically’, she explained. ‘Even though everyone showed support and called him Riley, it didn’t match up to what he felt of himself.’

Friends told Riley had been researching hormone treatments that he hoped to start when he turned 18. His parents had also bought him a breast binder.

In June Riley wrote beneath a photograph of himself on Facebook: ‘I just wanna wake up to my actual body, not to what leftovers I’ve been given.’

Speaking to The Trentonian, Riley’s family said they were 100 per cent supportive of their son – but admitted that they were so used to calling him their daughter that they sometimes slipped up.

Offered Rich Moscatel, Riley’s father: ‘We knew that it was important to her,

Riley’s mother Kristine Moscatel said he had started calling himself Riley a year ago.

‘We went from her thinking she was a lesbian, to bisexual, to finally transgender,’ she said. ‘She didn’t know what she wanted to try and fit into.’

When he spoke about his identity to his parents, Kristine Moscatel said she drove him to a local high school to take part in its Gay-Straight Alliance.

The teenager also had the support of his teachers at Bucks County Technical High School, where other transgender and gay students attend.

Rates of suicide and suicide attempts are much higher among transgender people – as much as 41 per cent, according to one survey, which is nearly nine times the national average.

Research has shown that suicide often comes from feelings of not belonging, burdening family members, and seeing no way out of a situation.

Trans* and gender non-conforming individuals face exponentially higher rates of depression and suicidality than our cisgender peers. A 2011 survey conducted by the National Gay and Lesbian Task Force and National Center for Transgender Equality indicated that 41% of respondents had attempted suicide, as compared to 1.6% of the general population. The mental health and substance abuse issues with which we struggle are oftentimes exacerbated further by the habitual and pervasive negative discourses around trans* identity in the media.

Moscatel’s death was an avoidable tragedy. By continually denying young people the resources to access competent and sensitive care in an environment where they feel both safe and validated, we are conspiring with the systems of social marginalization that push these kids to their breaking point. 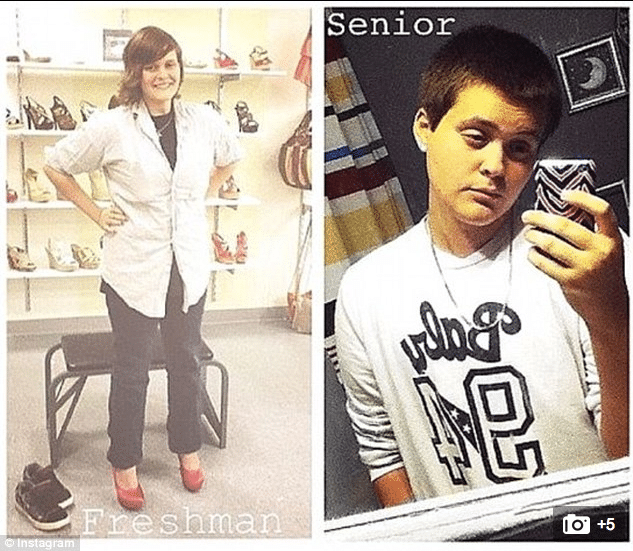 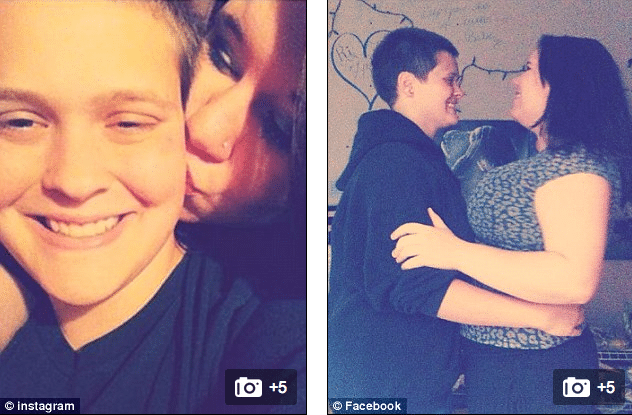