In a shocking revelation, Justin Ross Harris has come to admit that prior to his son, Cooper Harris dying of hyperthermia, he had researched on the web child deaths inside vehicles. The newest revelation comes after a detailed arrest warrant showing that the Home Depot web developer had also come to research animal deaths at work.

Since his his son’s death, Justin Ross Harris has remained in custody without bail at Cobb County jail near Atlanta, Georgia whilst being charged with homicide-murder as well as second degree child cruelty.

Tells a newly released arrest warrant via CNN: ‘During an interview with Justin, He stated that he recently researched, through the internet, child deaths inside vehicles and what temperature it needs to be for that to occur,’

‘Justin stated that he was fearful that this could happen.’

The latest admission comes after bystanders reported that Harris had reacted over the top and strangely as if trying to feign surprise at his sudden’s death when he came to stop and open ‘discover’ his by then deceased son.

Told one witness: ‘Justin was witnessed yelling ‘Oh my god what have I done.’ He then began doing CPR on the child. When someone came to assist Justin he stopped providing medical attention to the child and started making calls on his cell phone.’

Reiterated another, Edward Cockerman via the Daily Mail: ‘I know he had lost his baby but he was acting up more than he should have been,’

‘It seemed like acting to me. When he pulled in and people started asking him what had happened, he said that the baby had just started choking.’

Instead of confessing to what may have been a tragic blunder of having left a child in the car all day – and admitting his baby had been dead for hours – it has been claimed Harris had tried to cover his tracks.

Yet more questions have been raises since it was disclosed that Justin Ross Harris at one stage returned to his SUV at lunchtime and was seen placing an object in the car via the driver’s side door.

Many have wondered wasn’t he aware of his son being inside the SUV at the time?  Or was he in fact aware and had purposefully sought to make sure that the child was dead or in the process of dying? Could it be feasible that the father simply didn’t see his son in the back, despite driving both himself and his son for breakfast earlier in the morning and not returning the child either home or to its nearby day child care outlet which purportedly is where the chid was meant to be dropped off that morning in the first place?

The latest revelation comes after more than 11,000 online signatures calling for the murder charges against Harris to be dropped, was taken down as more details in the case emerged, forcing support group Parents Support Parents – the people behind the petition to close it down.

The funeral for Cooper Harris is to be held Saturday in Tuscaloosa, Alabama. 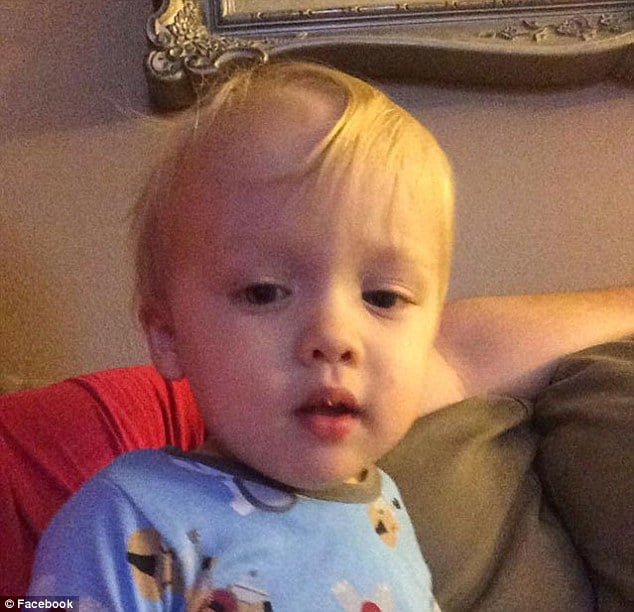