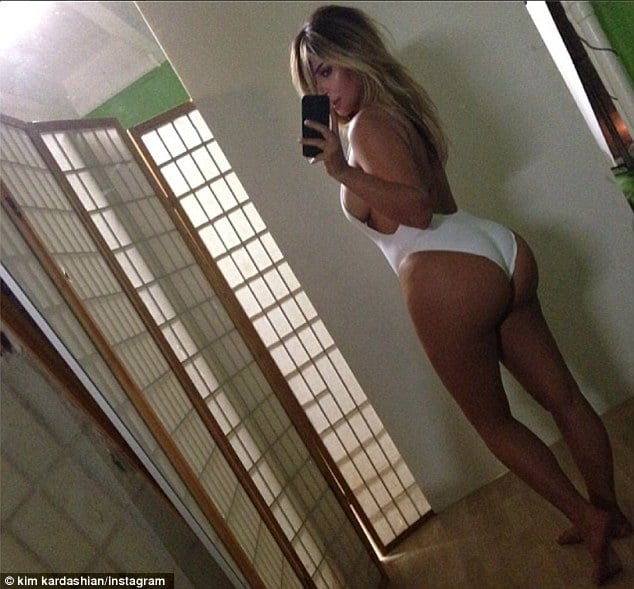 It seems our collective hero, Kim Kardashian has rather than please her legion of fans has in fact gone and done the opposite with yesterday’s release of her bikini instagram photo.

Since releasing the photo users on the web have gone on to express horror and condemnation of the reality starlet who many believe this time has way over stepped the boundaries of proprietary behavior.

Went on to tell a variety of commentators:

Look at her butt! — LMAO, just couldn’t resist! But on a serious note, I’m embarrassed for her.

If I had a body part that was so grotesquely enlarged, I’d sure be trying to cover it up instead of cluelessly parading it out. Seriously, looking at that giant bottom makes me gag!

I’ll say one thing, I would want people having ago at my mum for posting a picture of herself in her swimming costume, are mothers not allowed to wear them too? But I do find the plastic surgery shocking and sad, she was perfectly fine before she had all that…

Which had me immediately wondering what is it about motherhood that suddenly requires modest behavior? Or is it the size of Kim Kardashian’s ‘motherhood’ that has some offended?

Motherhood or not, shouldn’t a woman be able to show off her figure irrespective of whether it offends certain tastes and expectations? Is that to say society is forgiving on young women flaunting it but suddenly holding them to a virginal standard once they reach motherhood, and if so why?

Then again it could well just be tabloid land can only tolerate small doses of what makes for delicious voyeurism and being a mother with box wide buttocks flapping in the wind for all to unabashedly regard might be even too much for most tastes. Even of course it is never enough for Kim’s tastes….

Kim Kardashian, smart enough to know how to always keep her ass in the press, literally….