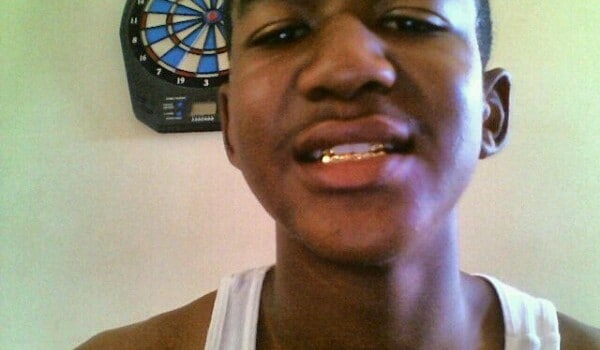 In the aftermath of the George Zimmerman verdict which saw a jury acquit him of the murder of Trayvon Martin, one thing that is becoming apparent is that it is an unfortunate and dangerous occupation being a black male in America.

Reflects gawker: Tonight a Florida man’s acquittal for hunting and killing a black teenager who was armed with only a bag of candy serves as a Rorschach test for the American public. For conservatives, it’s a triumph of permissive gun laws and a victory over the liberal media, which had been unfairly rooting for the dead kid all along. For liberals, it’s a tragic and glaring example of the gaps that plague our criminal justice system. For people of color, it’s a vivid reminder that we must always be deferential to white people, or face the very real chance of getting killed

Of course one ought to back off and ask a few questions, was George Zimmerman really hunting Trayvon Martin, in essence being the aggressor and since when does mouthing off and behaving without social etiquette make one necessarily guilty of anything but bad manners.

Nevertheless one can suppose Trayvon Martin didn’t take too kindly to the advances of George Zimmerman and if we are to believe Zimmerman’s side of the story it was Martin who struck first blows. One can understand and sympathize with a young black adult reacting in such a manner given the daily assault he faces from cops and vigilantes and society for that matter keen to remind him that he belongs at the bottom of the social pecking order and this in the end may be what Trayvon Martin, assuming he was the first one to strike blows was reacting to. Yet the hard question one ought to also ask is what necessary for Trayvon Martin to react the way he did? Would it not have been easier to have just walked away if he legitimately for his safety or was this his way of getting back at a system that has it in for young black men?

Reflects gawker again: If you’re a black man and you don’t remain vigilant of and obsequious to white people’s panic in your presence—if you, say, punch a man who accosts you during dinner with your girlfriend and screams “Nigger!” in your face, or if you, say, punch a man who is following you without cause in the dark with a handgun at his side—then you must be prepared to be arrested, be beaten, be shot through the heart and lung and die on the way home to watch a basketball game with your family. And after you are dead, other blacks should be prepared for people to say you are a vicious thug who deserved it. You smoked weed, for instance, and got in some fights at school (like I did)—obviously you had it coming. You were a ticking time bomb, and sooner or later someone was going to have to put you down.

Which poses the question, how different would things be if instead of reacting viscerally, emotionally, physically to all the pain, torment and humiliation of being at the bottom of the social pecking order one simply turned the other cheek or do what most white people in power do: use the law to their advantage to harness even more power to keep certain individuals disenfranchised and prone to behavior that may not always be the wisest way to react to the inequity of society…?