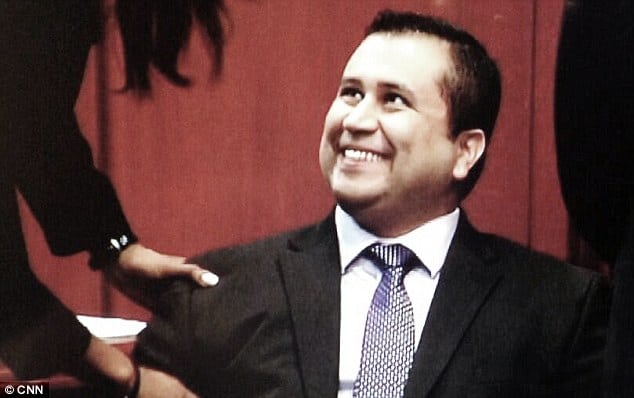 In the aftermath of George Zimmerman‘s acquittal questions have begun being raised as to the role the media played in shaping the nation’s understanding and perception of events, with many wondering if the media was necessarily fair in its portrayal of the man accused of murdering Trayvon Martin.

At the heart of the contention is whether the media made a meal of the story and rather than carefully analyze events and facts as they unfolded served instead to demonize George Zimmerman and to some degree the man he was accused of killing. What also bears consideration is also whether the media attempted to sensationalize the trial and turn the case into a rampant dialectic about race relations, gun laws, as well as deliberate incidents of unfair of just plain sloppy reporting.

Explores newsbusters: The trial was marred by numerous incidents of sloppy and deliberately unfair reporting. NBC News is currently being sued by Zimmerman for editing the audio of a telephone call that Zimmerman made to 911 during the night of the altercation with Martin. In the NBC-edited recording, Zimmerman is made to sound as if he was following Martin because he was black.

CNN embarrassed itself by falsely claiming that on the 911 call, Zimmerman had used an archaic racial slur to describe black Americans. In fact, as even the prosecution later admitted, he had used the word punks. At least the cable news channel did not resort to fraudulent editing though.

Also disconcerting were reports that the media wasn’t necessarily correct in reporting the facts of the shooting as they unfolded. One such instance included the assertion that George Zimmerman got out of his car despite being instructed to remain in it. In fact police records went on to show George Zimmerman was already out of his car when the 911 dispatcher told him “we don’t need you to do that.” According to Zimmerman, he turned around and tried to return to his vehicle and was subsequently confronted by Martin.

Further disconcerting was the bias media outlets showed in choosing to ignore evidence which suggested that it was Martin who initiated their conversation and Zimmerman’s testimony that Martin initiated the violence. They also rarely reported the fact that Martin circled Zimmerman’s car while he was in it, looking at him menacingly.

Additionally, viewers and readers were repeatedly subjected to hours on end of speculation and hypotheticals about how the fatal confrontation could have been avoided–but only if Zimmerman had acted differently. The speculators never discussed how Martin’s father was providing almost no supervision to him, never talked about how the situation would have been prevented if Martin had not been suspended from school due to his own behavior. They also never discussed how the telephone evidence in the trial clearly indicated that Martin had more than enough time to return to his father’s girlfriend’s residence if he truly had been in fear of his life.

After all it may be one thing to be offended by the antics or perceived misbehavior of George Zimmerman, who could be said to have chosen abrasively but then again it is also another thing all together to resort to violence because one does not approve of how another individual behaves or acts around them. Perhaps Martin felt a legitimate need to protect himself from the behavior and advances of Zimmerman but then if that too is true perhaps instead of choosing to physically confront him it may have been wiser to let the incident go unless of course Martin himself felt his life immediately threatened? A contention not necessarily supported by any facts but rather conjecture which the media would presuppose as facts in and of within itself.

The public was also subjected to countless hours of ignorant pronouncements about if Zimmerman had started the fight, that would determine his guilt or innocence. Rarely were viewers ever told the truth that self-defense law in Florida is about whether the surviving person rightfully feared for his life, regardless of who started the physical confrontation. The law again may not have too many fans and one even wonders if the law in some way gives one countenance and the guise in the future to argue that they were simply defending their lives when resorting to lethal violence. A point of view that was rarely addressed by the media who often went on to dismiss the law, whether one agrees with the law or not and paint Zimmerman as the aggressor.

What was also dubious was the media’s consistent portrayal of George Zimmerman as a racist, with consistent replaying of stories of Zimmerman’s run-ins with local criminals who happened to be black. Unfortunately the public was rarely told about other facts about him such as that he fought successfully to get justice for an elderly black man who was beaten by the son of a white police officer, how he mentored black youth, or even that he was a supporter of Barack Obama and not some sort of far-right white nationalist.

The trial of Zimmerman would likely have remained strictly a local news story had it not been for the antics of MSNBC’s Al Sharpton who was advising Martin’s parents on how to gain more publicity (and also calling for Zimmerman’s arrest) while simultaneously serving as a commentator for the Democratic network. Despite criticism from other media outlets, MSNBC never told Sharpton to choose between his dueling roles even though it harmed their overall reputation.

In the end, one can agree the death of Trayvon Martin was indeed senseless but perhaps what was equally more senseless was the media’s willful smear campaigns against George Zimmerman and their insistent view that Zimmerman was a racist and that the case was about racism when in the end the shooting happened to involve two men of minority status who had an unfortunate run in and perhaps should have never been if level heads on both parts had been exercised.Then again one also has to wonder about a law that essentially gives impunity to gun users under the guise of self defense, whether necessarily true or not….

To have portrayed either man as the batting face of extreme race relations was unfortunate and not necessarily in keeping with the facts regardless of how each man’s race or not may have necessarily affected the outcome otherwise. Although compelling such hypothesis in the end did not belong in our appreciation of the case at hand, if anything such considerations by the media only served to exaggerate and polarize points of views and perhaps by design.

In the end one senses the real litmus test is how does one society value life, law, crime, punishment within the cultural binary of history, race, economic mobility and a stratified society?

Then there was this reflection by thenation that made me wonder as well:

Media on the left, right and center have been fanning the flames of fear-mongering, speculating that people—and black people especially—will take to the streets. That fear-mongering represents a deep white anxiety about black bodies on the streets, and echoes Zimmerman’s fears: that black bodies on the street pose a public threat. But the real violence in those speculations, regardless of whether they prove to be true, is that it silences black anxiety. The anxiety that black men feel every time they walk outside the door—and the anxiety their loved ones feel for them as well. That white anxiety serves to conceal the real public threat: that a black man is killed every twenty-eight hours by a cop or vigilante.