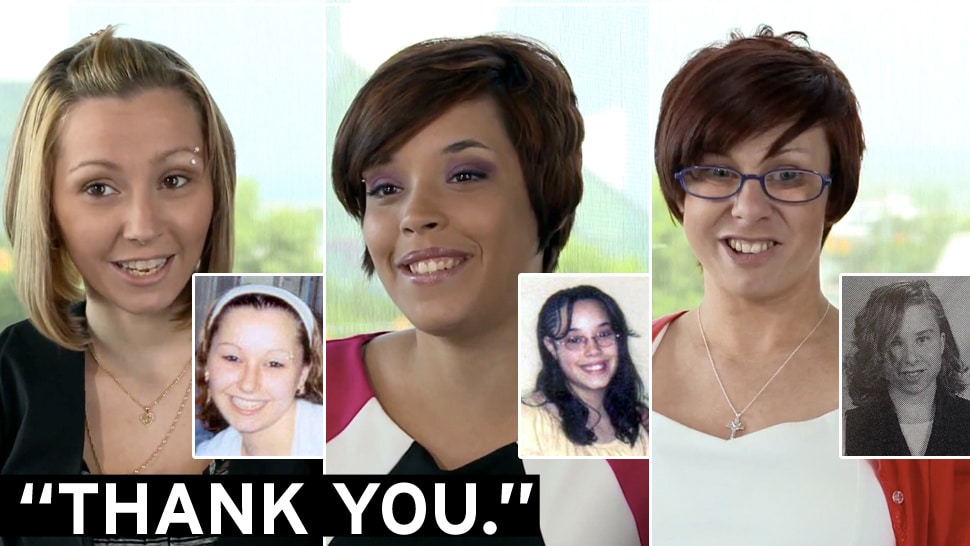 Whilst most victims of a horror kidnapping in a makeshift dungeon for over a decade would shy away from press,Cleveland kidnap victims, Amanda Berry, Gina DeJesus and Michelle Knight, the three women involved in Ariel Castro‘s sick fantasy decided instead to come out with a welcoming video.

Their three and half minute video surprisingly comes to show the humanity of the women and their resolve to just try to get on with their lives now that they are at last free. Which is to say once one has tasted squalor and abject dread and loathing there really isn’t much to be afraid anymore.

Surprisingly all three women who went on to be kidnapped, held against their will, beaten and raped manage to put on a good face, expressing joy and gratitude for their new found freedom.

Tells Amanda Berry: ‘First and foremost, I want everyone to understand how happy I am to be home with my family and my friends. It’s been unbelievable,’

“Everyone who has been there to support us has been a blessing.”

She adds: ‘I’m getting stronger each day and having my privacy has helped immensely. I ask that everyone continues to respect our privacy and give us to time have a normal life.’

And there was this too by Michelle Knight that made me wonder:

“Thank you everyone for your love support and donations, which helped me build a brand new life. I want everyone to know I’m doing just fine.
I may have been through hell and back, but I am strong enough to walk through hell with a smile on my face and with my head held high and with my feet firmly on the ground.

Walking hand-in-hand with my best friends, I will not let the situation define who I am. I will define the situation. I don’t want to be consumed by hatred. With that being said, we need to take a leap of faith and know that God is in control.”

In the video Nancy DeJesus, Gina’s mother, who also appears in the video alongside Gina’s father, thanks the Cleveland Courage Fund, a trust fund enlisted to help the women—and Berry’s daughter, born in captivity—transition back into normal life. The fund has raised more than a million dollars so far.

The video went on to be released at midnight by Hennes Paynter Communications, the PR firm hired by the victims’ families.

Castro, currently in custody, faces charges of aggravated murder—relating to the termination of one woman’s pregnancy—and is awaiting additional charges.