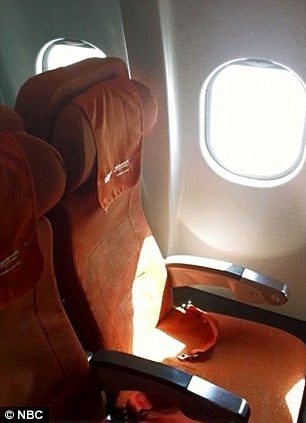 Of course this what you would expect from a good spy in the first place as the world goes dizzily looking for the whereabouts of NSA leaker Edward Snowden.

Said to have booked a ticket to be making his merry way off to Ecuador (or is it Iceland?) reports have begun to spring that Snowden was no where on his purported flight off to Ecuador via Cuba viz a viz Moscow in the first place.

Since Snowden’s no show, questions abound are asking where he could possibly be and if in fact whether he even made it to Russia in the first place, left China at all, or is just playing clever decoy games to throw off the US government which has now decreed that he must face charges of espionage here in the US that could lead to him receiving a 30 year jail sentence.

Some put theories of his missing where abouts include the following. You can pick your choice for which fits for you:

1/ That Edward Snowden still remains in China where he hopes to fight extradition proceedings but that too is a gamble as the US is putting pressure on China to cooperate.

2/ That Edward Snowden may indeed have made it to Russia after all but now the Russians aren’t letting him leave.

3/ That Russia may be debating handing Snowden to the US because it wants to win credibility points with the US.

4/ Edward Snowden is laughing at the world as he is after all in a new secret locale as affirmed by Julian Assange who reckons that Snowden did indeed flee Russia and is now in a secret bolt hole.

Told Assange: ‘The current status of Mr Snowden and Harrison is that both are healthy and safe and they are in contact with their legal teams.’

Added Assange who himself has been holed up in Ecuador’s consulate in the UK fighting off his own extradition proceedings who to date with his wikileaks team has offered support to Snowden:

“Every person has the right to seek and receive political asylum,” Assange said, adding, “It is counterproductive and unacceptable for the Obama administration to try and interfere with those rights. It reflects poorly on the [U.S.] and no self-respecting country would submit to such interference or such bullying by the U.S.” on this issue.’

5/Edward Snowden might be off to Ecuador soon enough or may be at the Ecuador consulate in Russia or even China?

Told Ecuador’s Foreign Minister Ricardo Patino: ‘Ecuador’s government has maintained respectful contact with the Russian government and has said that it is considering the asylum request… Of course, we are considering the consequences of our decisions but we act on our principles.’

Nevertheless the US remains stymied for the time being with US Secretary of State John Kerry having gone on to say that it it would be ‘deeply troubling’ if Russia or Hong Kong had adequate notice about Edward Snowden’s plans to flee to a country that will grant him asylum and still allowed him leave.

So where could Edward Snowden really be after all? That of course is the $69 million dollar question and bets are that Edward Snowden doesn’t want anyone finding out too soon where he is. Would you? 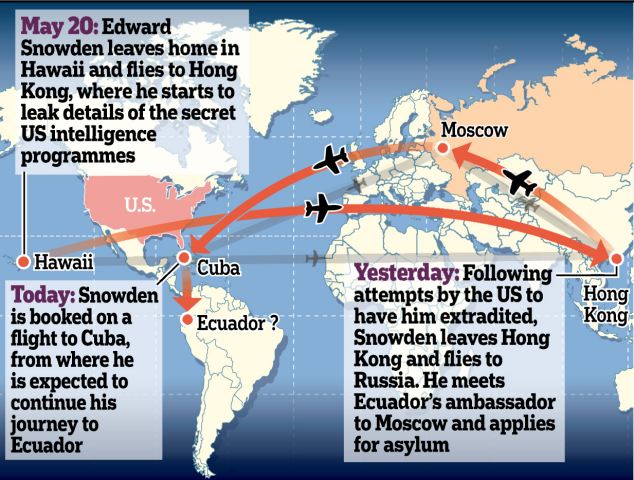