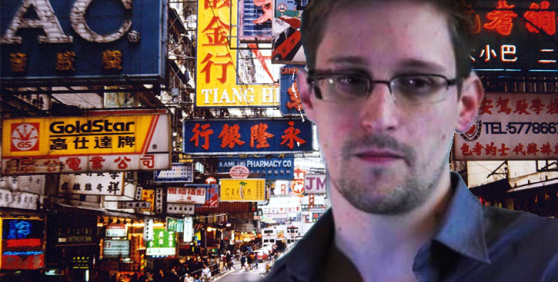 In the most beguiling set of circumstances imaginable, a former CIA operative, Edward Snowden has come forward to explain why he chose to blow the whistle on the operations of the US National Security Agencey (NSA) and why as a consequence he never expects to see the US ever again. Even more quixotic is the fact that Edward Snowden is now seeking immunity from China where once many would have supposed a Chinese citizen would have sought immunity against its own nation here in the United States. A telling and perhaps chilling indictment of the state of affairs of intelligence gathering here in the United States and what it means to live in a free and civil society.

Despite the risks to himself and to that of his family, Edward Snowden, a 29-year-old employee of defence contractor Booz Allen Hamilton and former CIA technical assistant, has gone on to say he had never intended to remain anonymous.

He has also gone on furthermore to tell the following: “I have no intention of hiding who I am because I know I have done nothing wrong.”

Unfortunately for Edwards Snowden and perhaps for all of us, Snowden now finds himself in the unsavory situation of being scapegoated (how tragic one may think, that a citizen seeking to inform other citizens about the clandestine operations of the state should now fear themselves a target in a supposed free society) and legal injunctions brought forward against him.

Tells Edward Snowden from Hong Kong why he chose to blow the whistle on the government’s operations where he point blank states that every citizen is being spied on, information recorded and stored pertaining to their activities and thoughts:

“I really want the focus to be on these documents and the debate which I hope this will trigger among citizens around the globe about what kind of world we want to live in. My sole motive is to inform the public as to that which is done in their name and that which is done against them.”

Nevertheless Snowden’s actions are being perceived as criminal and inflammatory as the US Director of National Intelligence, James Clapper, went on to tell yesterday that he had asked the Justice Department to launch a criminal investigation into the leaks.

Interestingly the Obama administration has aggressively pursued whistle blowers in the past, including that of US Army Private Bradley Manning, whose trial on charges of passing classified material to the Wikileaks website began last week, three years after his arrest. Snowden, who is now in hiding in a Hong Kong hotel room, told The Guardian, “I do not expect to see home again.”

Hardly the course of actions many would argue constitutes for a healthy dialogue as to the rights and choices of the state and other key agents in a free society. Yet then again perhaps by stepping forward, political agents are forced to seek legal injunction in order to preserve the clandestine nature of its operatives, a point that Snowden questions in its very essence and asks whether it is not better that the public decides for itself whether this is a kind of action that it should want perpetuated, rather than allowing the state or a handle of individuals to make what he considers those vital questions themselves.

Since arriving in Hong Kong, Edward Snowden goes on to tell he rarely leaves his hotel room, and has even gone so far as muffling the door with pillows to prevent eavesdropping.

Snowden also goes on to tell how he puts a large hood over his head and laptop when typing, to prevent hidden cameras picking out his passwords. “I could be rendered by the CIA,” he claims, “I could have people come after me… That is a concern I will live with for the rest of my life, however long that happens to be.”

In spite of the deprivations involved, Snowden tells in a video that he felt compelled to blow the whistle. “The NSA has built an infrastructure that allows it to intercept almost everything,” he said. “With this capability, the vast majority of human communications are automatically ingested without targeting. If I wanted to see your emails or your wife’s phone, all I have to do is use intercepts. I can get your emails, passwords, phone records, credit cards. I don’t want to live in a society that does these sort of things … I do not want to live in a world where everything I do and say is recorded. That is not something I am willing to support or live under.”

The question now is will his revelations foster a debate as to what actions a state operative should be able to pursue under the guise of security for its citizens or will this debate as Snowden fears be washed away and muzzled by those who do not wish to allow a more concise exploration as to what exactly is at stake and the nature of the type of society we have chosen to live in?

And then there were these reactions on the web that caught my eye as well too:

There is an investigation now to find out what potential damage has been done regarding the “leaked” information Questions to consider; damage to whom? What will be done about it? When can we expect the truth? Why would any American trust our government?

YOU SAID “If you have nothing to hide, why are you worried?” That is a wrong headed, naive, poorly thought out and a sign of a poor education. You are a sad example of the new “American stupid”.

Wow!!!! The NSA and our Federal Government is upset and thinks their sanctity and right to privacy has been violated, yet they have no qualms at all about doing that exact same think to law abiding citizens, while demeaning and marginalizing the US Constitution along the way.

This is another example of a government getting out of control. They are becoming self serving and losing touch with their duty, which is to preserve our freedom and rights, not usurp them.

So what can we learn from this? Here is what you should assume. The government has programs in place that ignore basic rights and liberties of Americans. They do not follow the original concepts and principles on which our country was defined. This is not defined by any political lines, but rather crosses all political boundaries. You live in and have been living under a lie with regard to our society. The real question is “now what?”

A person who sells secrets to a hostile government for profit is a traitor, and deserves to be treated as such. A person who reveals secrets that point to a government running amok and contrary to it’s founding charter, is a patriot.

That person is simply doing what the press is supposed to be doing but no longer does. This is an incredibly brave soul.