Donald Trump goes on David Letterman and announces he will shell out more money for Barack Obama’s transcripts.

Donald Trump says all predictions are wrong and will reveal all at noon about Barack Obama.

Might the Donald Trump announcement be that Barack Obama sold cocaine in college?

It seems Donald Trump‘s big secret announcement has hardly ruffled President Barack Obama after he went on Jay Leno‘s ‘Tonight show‘ last night and made light of Donald Trump’s ‘earth shattering’ announcement that was suppose to rock the political world but in instead ended up lobbing egg yolk all over the Don’s face.

Speaking on The Tonight Show, Obama told Jay Leno that the rivalry between began in their childhood. ‘This all dates back to when we were growing up in Kenya,’ he joked. ‘We had constant run-ins on the soccer field, he wasn’t very good.’

To date the Don’s ‘major announcement’ has been widely lampooned on twitter (see some examples below) with many now agreeing that if anyone was upstaged by the whole ‘big announcement’ it was the Don himself.

With many on the edge of their seats with predictions that the big announcement included news of a divorce between Barack Obama and Michelle Obama or the assertion that there was now proof to back up the story that Mr Obama had once regularly used cocaine and even sold it at college Mr Trump’s eventual announcement in essence amounted to a huge let down forcing many to wonder what the ‘showman’ was really up to in the first place?

Either way one has to wonder how the political process has regressed to a kind of inane name calling, baiting and shrill accusations that in the end does little to address the wide social and economic issues that imperil most who live here in the United States, something that may suit the plutocrats who many argue have already bought the election to begin with and of course the side show that comes with that…. 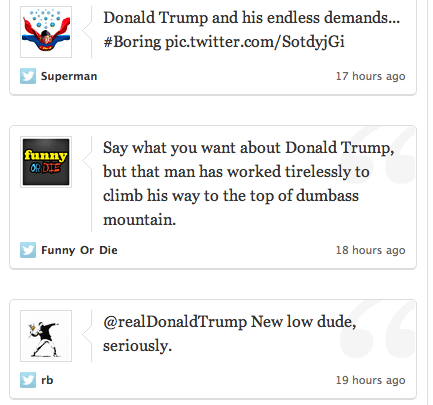 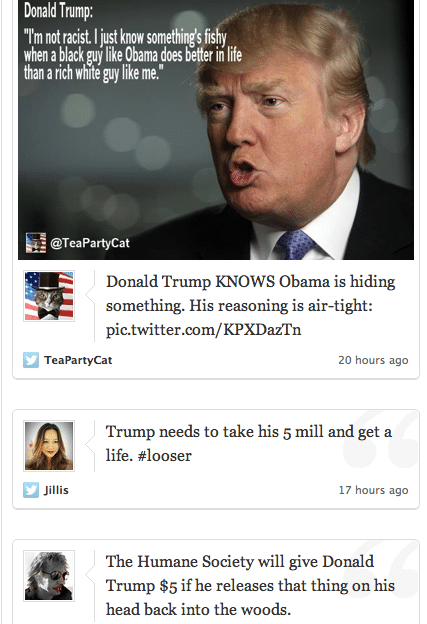 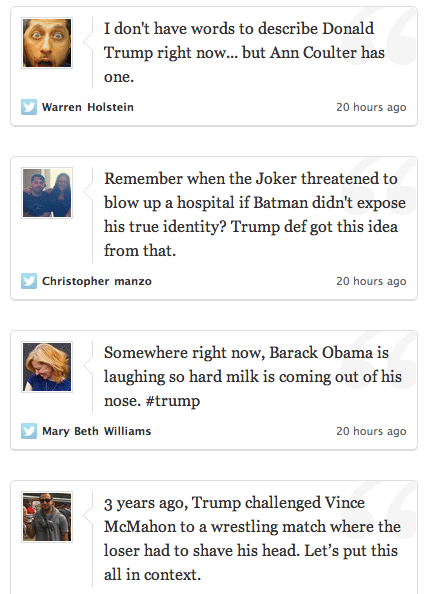