Katie Holmes is the master of being a consummate media whore.

The writing was certainly on the wall for anyone who dared look closely enough but now in retrospect it seems Katie Holmes, the Dawson Creek actress that soon to be ex husband, Tom Cruise once swept off her feet was no longer feeling the heat for Tom.

The shoot for Elle magazine conducted weeks (in May) before Katie’s shocking revelation (yes even the lost children of Timbuktu were mystified) that she would seek a divorce from Tom essentially gave it away that the actress was in the throes of breaking away from Tom and his scientology cult hold.

Says the actress in an interview with Elle:

‘I definitely feel much more comfortable in my own skin. I feel sexier. I think in my 20s, it’s like you’re trying too hard to figure everything out.

‘I’m starting to come into my own. It’s like a new phase.’

Starting a new phase? Was Kate speaking metaphysically or was she really dropping hints or just expressing what was going in the back of her mind?

With respect to being asked about being Ms Tom Cruise (which is to infer Katie’s existence was contingent only in relation to Tom, something that she must have been bitterly aware of) Kate delicately replied as follows:

Hardly the endorsement for the mega star that Katie Holmes is supposedly blissfully married to.

And then there’s this too:

‘Katie didn’t speak about Tom in a lovey-dovey way at all. She deflected the Tom questions and brought them around to herself.’

At present Tom Cruise has returned to the US after shooting in Iceland for an upcoming new film where he celebrated his 50th birthday in a local LA haunt with adopted children Conor and Isabella.

Katie Holmes divorce: Is she being followed by Scientologists? 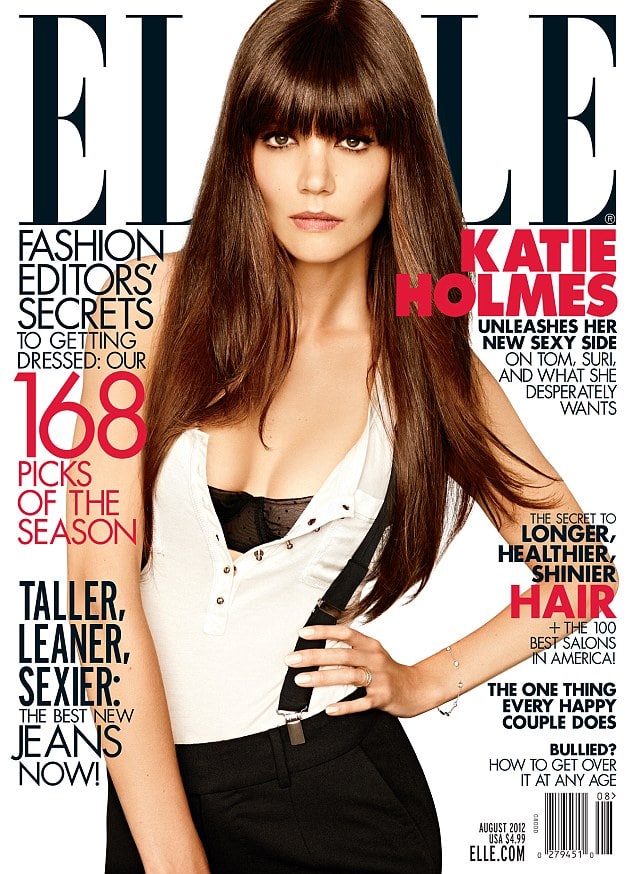