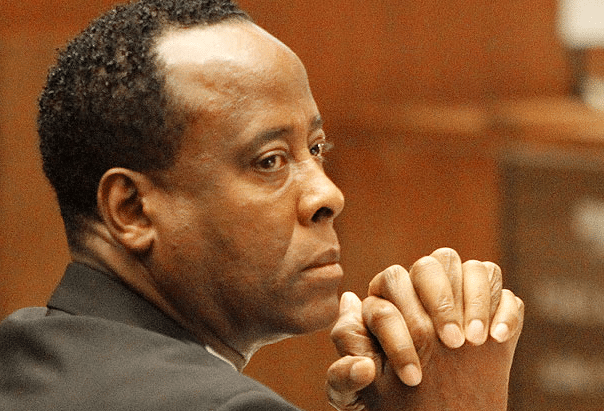 Perhaps it’s particularly telling that a man accused of the involuntary slaughter of another man should be whilst waiting for the verdict of his peers be profiting off that murder. Who has also profited from Mr Jackson’s murder is also the media, who it seems its job is to try to profit from any story it can find laced with the salacious, scandalous and morbid ridiculousness. Entering that fray also includes Mr Conrad Murray, accused of the involuntary murder of his patient, musician Michael Jackson who with the collusion of October Films, owned and financed by media outlet NBC made a documentary at the time of Mr Murray’s indictment just over 2 years ago from which he was paid an undisclosed sum to appear in the documentary. Which poses the immediate question- when was the last time anyone got paid to be in a documentary? Shouldn’t we instead be calling Mr Murray’s and NBC’s offering a glorified ‘infomercial?’

With Mr Murray recently found guilty of involuntary manslaughter of his client, Michael Jackson, the timing was right for NBC to come out with their probing documentary. In fact the film got its first public playing this past Wednesday, but will get a very high profile lap dance this Friday evening on MSNBC prime time. Which is to say if one can inadvertently manage to kill a celebrity why not become one as well?

The documentary itself could though act to hinder Mr Murray at the time of his sentencing should the prosecution decide to play it at the time of Mr Murrays sentencing on November 29. Hinder him because it fails to show Mr Murray expressing contrition or remorse, something that the courts take into account when sentencing. What also impedes Mr Murray’s case (who chose not to take the stand and thus expose himself to what would have been rueful cross examination) is the telling of the facts as he sees them differ quite differently than what investigators have him saying on file.

Then again this is a documentary disguised as an action thriller sob story (or is it the other way round?) where what’s most important isn’t necessarily what happened leading up to and the day of the murder of Mr Jackson but the staging of it. After all nothing makes an action star and its backers (the media) more giddy than a high explosives film script with as much smut, betrayal, decadence and moral indifference than one that writes itself. Except it seems as much as the producers attempt to portray this as a seat by the pants dramatic portrayal of a Hollywood celebrity descending into a moral vacuum (remember he is the one that supposedly slept with children, even though the courts never found Mr Jackson guilty of such accusations) with drug dependency issues what it ultimately comes off is an apologetic review of a doctor who in the end felt compelled to keep feeding his client the demons he demanded. Never mind that as a professional he was completely negligent and complicit, despite his attempts to portray himself as the bigger man.

As a hired hand, first by Mr Jackson and now NBC, it seems Mr Murray is willing to sell us any song and dance routine (yet the irony is too much) as long as he is well compensated. This is Hollywood after all and even the accused and perpetrator gets to make a mighty dime on his or her complicit behavior but probably not nearly as much as the media outlets (anyone forget that E network made $17 million of Kim Kardashian’s sham wedding?) who are once again running all the way to the bank and then some…

Is it Ok to be dead and still be making the rounds on TV and gossip journals?

What will you do without Michael now? A legend in peril.

Michael Jackson stops breathing and the media holds its breath too.

The top ten things you suddenly don’t care about now that Michael Jackson is dead.