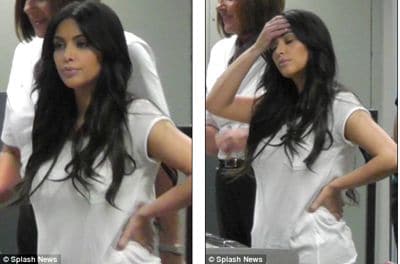 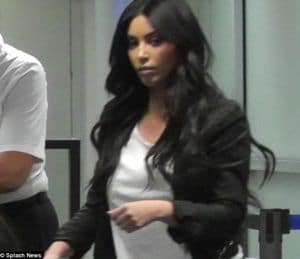 The latest bombshell to drop out of the Kardashian camp involves assertions that Kim Kardashian detested sleeping with her husband let alone even making out with him and that she was never attracted to him in the first place.

The assertions come off the back of Kim Kardashian’s decision to seek divorce from her husband who purportedly only knew of his wife’s intentions after he read about it in TMZ which in some perverse way makes complete sense if one understands that from the beginning the couple’s relationship has been a play by-play media event.

Claims the source, Kim Kardashian had gone on with the marriage despite reservations because she had hoped that over time she would develop feelings for Kris Humphries, a claim that perhaps in a third world arranged marriage may hold muster but within the context of Ms Kardashian’s revolving door love life is an insult to the intelligence to the ordinary citizen who can’t help but watch the public train wreck called the Kim Kardashian I will force my ass pimples to pop 100 dollar bills.

Looking harried and conspicuously distressed at Los Angeles’ LAX airport as she waited to board a flight to Australia it is said the final straw for Ms Kardashian came when her husband began seeking a publicist and started talking about cashing in with his own line of products which somehow struck Ms Kardashian as particularly in bad taste. The irony of which could force a near dead koala to jump off its eucalyptus tree and start looking for a magic pipe of the good shit to keep him hanging for at least one more long weekend of the Kim Kardashian make-believe show.

Underpinning the preposterous nature of Ms Kardashian’s claims were the tweets she later sent out in the afternoon which failed to make mention of her divorce but were instead dedicated to plugging her new boutique opening at the Mirage Hotel in Las Vegas: Kardashian Khaos.

Let’s hope that at least Mr Humphries got a slight windfall to his name as his soon to be ex wife continues her world wide quest to court love, adulation and a pay packet at any means possible. Such are the affairs of insufferable fools who believe their own lies. Or do they?

The Kim Kardashian parasitic business of money grabbing and how we fell for it.

My hero Kim Kardashian calls off her sham marriage.