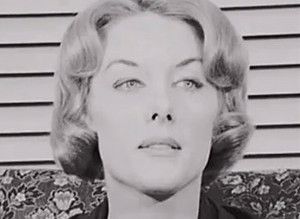 The house of Dior in another public relations catastrophe.

Making the rounds is this video below of Christian Dior’s niece Francoise :

jezebel: Christian Dior had been dead for five years by the time this interview was recorded, and designer Marc Bohan had taken over the creative direction of the house. Although Françoise Dior claims in the full interview to have been a Nazi “for a number of years,” it is not known how close Christian Dior was to his niece during his lifetime. She was 27 years his junior, and did not work for the fashion house he founded.

This interview took place on the occasion of Françoise Dior’s engagement to Colin Jordan, a prominent Holocaust-denier and member of the British far-right. [….] Dior’s marriage to Jordan didn’t take — she left him for a 19-year-old — but her Nazism did. She spent time in prison in Britain for participating in arson attacks against London synagogues, and in France for posting Swastika stickers on the walls of the British embassy. She eventually died of lung cancer at the age of 60.

One can’t necessarily draw too many connections to the video, and one has to be aware that this video was indeed made in 1963, which is to say the attitudes expressed in this video don’t have much resonance today (or do they?) and they were made by a relative, which doesn’t mean Christian Dior himself held those views, even if certain members of the press or those slighted by Galliano’s dismissal from Dior pursuant to his anti semitic remarks would secretly wish that these are indeed the house of Dior’s views or at least inferred as much.

It’s true certain individuals will always hold a point of view that will incite hatred and prejudice, but then again, isn’t that the price of democracy- the freedom to have points of views no matter how vulgar they are to most of us?

The video may have been made in 1963 and in one way be extremely irrelevant but on some level it’s all too relevant- just ask John Galliano...

JOHN GALLIANO PROMISES YOU LIFE WILL BE BETTER ONCE HE CHECKS INTO REHAB.

JOHN GALLIANO SUSPENDED FROM DIOR ON ALLEGATIONS OF ANTI SEMITIC SLUR AND ASSAULT.