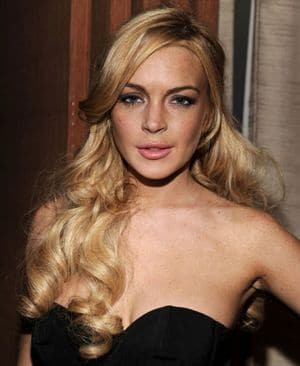 Just another day in paradise.

In the ongoing trauma saga that is Lindsay Lohan, reports emanating out of the LA DA office is that the office doesn’t buy our hero’s fib story that the actress who it seems has been living a more dramatic life outside the silver screen more than in it borrowed the necklace that has brought once her once again to disgrace national attention.

tmz : Sources connected with the case tell TMZ the L.A. County District Attorney will file the case as early as Monday.

Lindsay is accused of stealing a $2,500 necklace (pictured above) from a Venice, CA jewelry store on January 22.  Surveillance video from the store shows Lindsay with the necklace in question and there are photos of her wearing what appears to be the same necklace a week later.

If convicted …  Lindsay faces a maximum of three years in state prison. 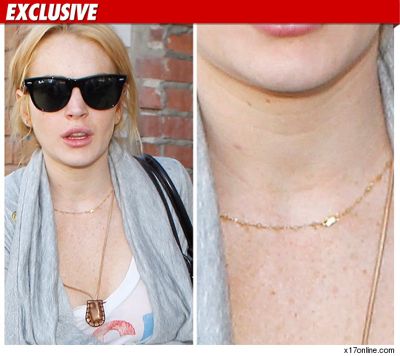 Lilo of course has vowed to fight the assertion that she stole the necklace, but nevertheless one has to wonder why the actress who must be acutely aware that any deviation from the straight and narrow will send her grinding her teeth against corrugated iron bars would even tempt fate by not alerting the store (Kamofie & Company) that she was in possession of the necklace or why if we are to believe her that her stylist was late in delivering the item back to the store.

Either way, the world will once again be preening itself and serving itself healthy portions of ‘I love donuts sprinkled with frosty flakes’ as it once again resumes watching the made for TV drama called  “Lindsay Lohan dares to defy sanity and jail.” As usual it promises to be another disturbing memorable performance that will one day have the Academy office stirred to offer her a special lifetime achievement award for ‘most dramatic actress off stage.’ But then again, would our hero have it any other  way?

The Paparazzi Photo that Set Police on LiLo