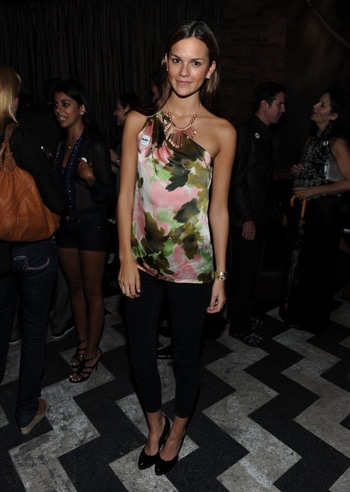 but in her interviews she’s so intelligent and has decent points to make. Its sad but her poise is so rare. I’m never really a fan of anyone but whenever i see her its like ok i get the hype. I might have a girl crush haha.

SCV: Do you think you’re charismatic?

AR: Nope not really. I’m pretty boring. I think that’s why I am drawn to really strong people. I like people I can learn from and get better from knowing. I hold friends to high standards once we are close. I love the Pride and Prejudice quote- “my good opinion once lost, is lost forever’ is so true for me.

SCV: What are your thoughts about the modeling world?

AR: It can make or break you. I have seen so many girls end up becoming druggies, hanger ons and completely lost and sucked in and spat right out, replaced by the next pretty thing, and then I have seen girls who have held themselves, worked out what was in front of them and worked very hard to realize opportunities. It’s a business at the end of the day, and if you think it’s anything but you are setting yourself up for disappointment and even failure.

SCV: So I take it you don’t get lost in the scene?

AR: Ha- I have as I already said- I have a very low tolerance for bullshit.

At that moment a bunch of guys standing by the bar begin to play a mating ritual scene of sorts, where one particular big spender makes airs about ordering a bunch of drinks but not before finally turning away and tipping the bartender a scant dollar bill. We both start laughing uncontrollably.

I try to give myself a healthy distance from all of this. If you