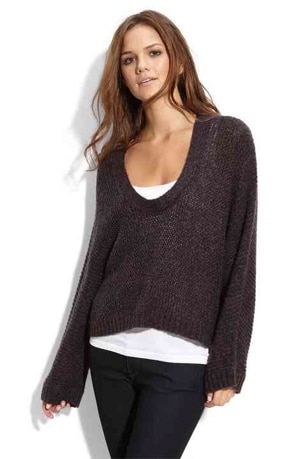 Macy’s, Bloomingdales, she has worked every major market in the world- from Milan, Paris, Japan, Australia and along the way meeting world fashion stars, celebrities, getting to work along side with some of them where as she later confides to me isn’t something most of her girlfriends from home are doing when in fact all they are thinking about is college and just plain dating. It could be as she reflects later why most of her friends are ‘way over 25 years old.’

Which shouldn’t surprise when another gaggle of men and women (they both seem to want in…) come by and greet her.

SCV: Why do you think you get so much attention?

AR: With respect to me getting particular attention, I don’t necessarily agree with that statement- it just so happens that I have been around a specific scene for so long people remember you.

In general the city itself is obsessed with models and pretty people. Half the time they find out your job its like someone somewhere has validated this girl as beautiful people so maybe I will too.

SCV: Tell me about your presence in the charity circuit?

AR: In the beginning it really used to bother me. It so often felt that what was being given attention wasn’t the cause itself but the people turning up putting up airs and making sure they got there picture taken. I would wonder how that actually helped the people who needed funding, but lately I’ve also become aware that certain people do a whole lot of good and as a society we ought to be grateful. But frankly I really admire those individuals who give willingly without ever making a big scene about being seen to be giving. It feels more authentic, and it’s so much more commendable.