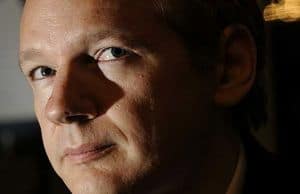 “biographic and biometric information on UN Security Council permanent representatives”. The secret “national human intelligence collection directive” was sent to US missions at the UN in New York, Vienna and Rome as well as 33 embassies and consulates, including those in London, Paris and Moscow.

Of course perhaps we should retract the whale bones and just start looking for dinosaur whale bones, as they may be a better fit for the depth of choked throats and discontent making the rounds at this special dinner party, assuming guests haven’t been wire tapped and had their credit cards expiration dates checked.

Also on the menu, especially for those with a hearty appetite comes this…

Some of the cables offered personal and highly embarrassing descriptions of other world leaders. Kim Jong-il, of North Korea, was said to suffer from epileptic fits, while President Medvedev of Russia was “hesitant”.

The documents also claimed that Italy’s prime minister, Silvio Berlusconi, was known for his “wild parties” while Libya’s president Muammar Gaddafi had a “sumptuous blonde as a nursing sister”.

Barack Obama was reported to want to “look East rather than West” while feeling no emotional connection towards Europe.

The WikiLeaks website suffered its own “cyber attack” hours before the release of the documents, with unknown hackers trying to stop the publication.

The White House last night condemned the “reckless and dangerous action” in releasing the classified US diplomatic cables, saying it could endanger lives and risk relations with friendly countries.

In other words by the time dessert is served, one supposes the ice cream will have soundly melted, if not stained various members of the American congregation. Don’t you wish you were attending this imminent dinner party too?