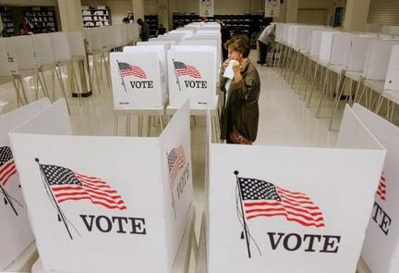 The left and the right has Americans all lathered up in a tizzy once again. The HOPE of 2008 has turned into RAGE of 2010. Election Day is literally the new Halloween. Seriously, who are we kidding?  Why don’t we just change the date from November 2nd to October 31 that way we can vote for people who wear masks during the electoral season as we wear our own as well into the voting booth. Election Day as Halloween just may usher a new wave of enthusiasm and increase voter turnout. Maybe we can even extend voting hours until midnight? It matters not that some of us may be inebriated. It will make it easier for the media to manipulate the Sheepel anyway since we will all be less drunk on disinformation and more drunk on Grey Goose.

Regardless of which rally in DC you attended, arguably the vast majority who genuinely have something  to say are too damn busy trying to merely survive in America right now to go down to DC and stay in a nice hotel and go to an outdoor COMEDY FESTIVAL, whether it was the one hosted by Glenn Beck or the one hosted by Comedy Central with Jon Stewart and Stephen Colbert.

But either way, regardless of whether I have a job, a place to sleep or someplace to eat as long as I have an email account and a blackberry I can continue to count on the President, his team and assorted Democrats and Republicans who have me on their email list….to just give them another $5, 10, 25, 100 or more for their next campaign. Here is a huge heads-up:  If you want to “fight the good fight” that fight is improving economic conditions for the eroding middle class, small business owners and entrepreneurs.  SURVIVAL IS THE NEW SUCCESS in AMERICA 2010.