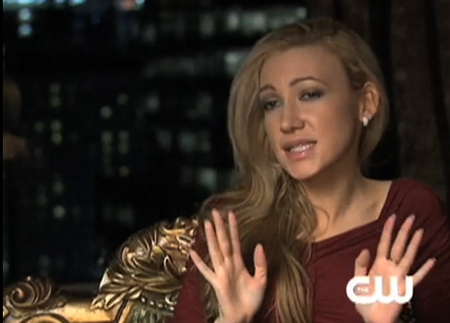 There’s a moment on last week’s show of ‘Real Housewives of NY,’ when Bethenny Frankel is trying to digest the news that blogger Perez Hilton has just let out to the world the sensitive news that she is going on 3 months pregnant. Initially her eyes do cartwheel tricks, begin to scan the girl sitting there in front of her who is genuinely embarrassed for her before plaintively looking at the cameraman the way a gladiator may have once looked into spectators eyes sitting in a Roman amphitheater now that the Emperor has given the thumbs down. It is here where everything becomes delicious, to see the purported star who until now was being validated and adored by the public brutally thrown under the bus and us sitting there, her supposed fans, gleefully watching her trying to avoid the turbo fuel dripping on her backside.

Such it seems are the adventures and the preferred past times of a public transfixed by the idea that one can become a star, or a heralded personality for nothing more than because they exist. Where it once used to mean lots of hard work, talent and years working for a studio, one can now effectively become the world’s cuddly toy for a token fee as long as they are willing to subject themselves to the desires of the producers and by extension- the audiences. The fee is somehow suppose to compensate (bait?) the all too often willing participant into fighting potential lions and nasty villains that sometimes throw ‘cosmopolitans,’ on them in ritzy bars.

The fact that the star is implicitly exposed to this chicanery at the producer’s discretion makes for fun TV watching. At any moment, our hero may end up looking and smelling like a mangled kewpie doll, and that is the fascination. Part of us is fascinated by their supposed fantastic lifestyle but another part of us is appalled and morally outraged and pleasantly delighted when our tabloid heroes are smeared in non refundable muck.

Take Devorah Rose, reality star of ‘High Society,’ one of the most sensational and highest ranking reality stars for a while to come. For one reason or another (that this author dare not venture exploring why…) she is equally adored and deplored by her audience and most tabloids. Ridiculed and often set up, by even her own co stars and producers (Ms Tinsley Mortimer who does not have unfortunately the capacity to play a very fair game) – this girl is mocked and made fun of religiously. Somehow we are suppose to believe that she lives in a dungeon with red haired satyrs confering with her as to how denounce New York’s society scene.

At best the idea is preposterous and we all know it and yet somehow if we see it on TV enough times the repeated lie or let’s even call it – misappropriated guise of events somehow becomes the new truth. Something the capricious Tinsley Mortimer is very well aware of, and if Tinsley must drop half