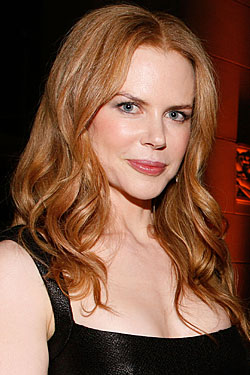 When it must be a drag to be a celebrity it’s a real drag.

We read with humor how Australian actress Nicole Kidman was confused by a Starbucks barrista for nearly being her but not actually being her. The woman who actually turned out to be Nicole Kidman patiently (and we imagine with gritted teeth) listened as the following conversation played out-

As from NY Mag INTEL-

In line at Starbucks on Spring Street at Varick this week, a redhead with wet hair and jeans got to the counter. The female cashier loudly proclaimed, “You know who you look like — that lady who used to be married to Tom Cruise. What’s her name?” The manager, making the coffee, suggested, “Nicole Kidman?” “That’s it, you look just like Nicole Kidman: tall, the blue eyes, the hair … anyone ever tell you that?” The redhead, clearly annoyed, quietly ordered her coffee with a discernible Australian accent.

That said we wondered amongst ourselves over some celebrities who could be confused for being themselves but actually aren’t or are they?

Larry King. Have you had a good look at that man lately, his face is falling off his nose, frankly we don’t know what camera tricks they use on TV but we are sure you would never recognize him if you met him in real life.

Madonna– Sure by now her face and blonde mane is as ubiquitous as a crushed coca cola can on the side of the street but we bet if she turned up at a local Starbucks the kids would have a hard time reconciling the perfect 400 stomach curl punching girl a day with the haggard witch look she’d be giving you at the counter.

Last but not least- Lindsay Lohan. The resident Scallywag and Vagabond punching bag (too tell you the truth we would do summersaults if we could interview this bitch, honestly…).